The International Thriller Writers (ITW) hosts Thrillerfest in NYC the second week of every July. On Sunday, I returned from the Thrillerfest V, elated and excited and a bit apprehensive. 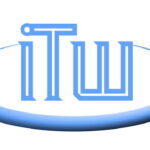 I’ve always felt welcome in ITW, even though I write what’s marketed as “romantic suspense.” I put that in quotes only because everyone and their brother has a different idea what romantic suspense is and what it isn’t.

(I have my own personal definition of romantic suspense—a hero and heroine working together or parallel to solve a crime or save the world, and they are together—and alive—at the end of the book. Other than that, anything goes—sexy or tame; gritty or light; humorous or serious. I don’t like RS rules because there are so many of us writing RS that I think RS has become it’s own genre, not purely in the suspense camp and not purely in the romance camp. But that’s a subject for another blog . . . )

ITW has developed into a truly amazing entity. They have so many opportunities for authors to promote themselves, both paid and unpaid. They have an monthly e-newsletter that goes to tens of thousands of thriller readers. The board continually develops new and innovative programs to expand the organization but more important, the published authors who make up the bulk of the membership.

ITW’s Mission is “To bestow recognition and promote the thriller genre at an innovative and superior level for and through our Active Members; to provide opportunities for mentoring, education and collegiality among thriller authors and industry professionals; and to grant awards for excellence in the thriller genre.”

You can join ITW as an associate if you are not published by an ITW recognized publisher (though they have a very liberal recognition policy.) Full members can join for free. Free? Yes, I mean it! If you are a published author, you pay no dues. How can this be? Because the anthologies where members write original stories fund the organization. 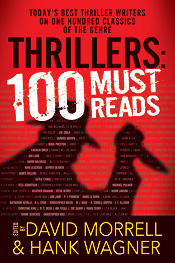 Currently, there are four or five anthologies on sale now, the two biggest being THRILLER (edited by James Patterson) and THRILLER 2 (edited by Clive Cussler) published by MIRA. A YA Thriller Anthology will be published by Tor in the Fall. I’m the managing editor of THRILLER 3 (edited by Sandra Brown) which boasts a terrific line-up of bestselling and award-winning romantic suspense and thriller authors. Most recently, 100 MUST READ THRILLERS went on-sale. I have an essay on REBECCA by Daphne du Maurier in the non-fiction anthology, the book most often considered the true launch of the romantic suspense genre.

Another amazing program that was announced at the banquet was the USO inviting thriller authors to go to Iraq. Steve Berry and James Rollins are two of them (who I know personally) and I am thrilled with this, not least of which is to help our troops. Like RWA has the Literacy Signing, ITW supports Reading Is Fundamental. Half the profits from the YA thriller anthology (edited by R.L. Stine) is going to RIF.

Because the organization is formed with tiered membership, ITW isn’t bound by many of the restrictions RWA has. But more than that, I find it a place where I fit, even though I have a foot rooted firmly in both the romance and thriller genre.

I’m not writing specifically to plug ITW—though if you want to join, here’s the link!—and the organization isn’t perfect (what organization is?) but they provide access to authors and opportunities that I haven’t found elsewhere. It started in Arizona in the heat of the summer in 2006, shortly after my first book came out, where I was lucky enough to meet some amazing people and forge new personal and professional friendships. Because it’s small—more like a regional RWA conference than a national conference—it feels more intimate and people are generally open and friendly, including some big-name authors like Harlan Coben and Ken Follett and Lisa Gardner (who won the Thriller for Best Hardcover!) and Lee Child and Steve Berry and Lisa Scottoline and Carla Neggers . . . and I could go on.

Thrillerfest offers workshops similar to RWA in that they have both craft and career tracks. But they differ in that two days are focused on “Craftfest” aimed to unpublished and newly published authors; and two days are focused on “Thrillerfest” aimed at both published and unpublished authors, as well as readers and other industry folks. You can buy a package for everything (at a discount) or piecemeal it and attend for just a day or one “fest.” NYC is expensive, and breaking it up makes it doable especially for those who can get to the city for a day trip.

I have a confession: I only attended part of one panel, other than the panels I served on. Why is this so sad? Because there were at least six that I really wanted to listen to. But I was in NY partly on business this time around—my agent hunt (which was successful!)—and because of meetings missed a lot.

I presented my “No Plotters Allowed” workshop at CraftFest. I was surprised anyone at a thriller conference would show up because honestly, I’ve met more thriller writers who plot (though certainly not all—Tess Gerritsen doesn’t plot, Harlan Coben said in a blog interview that he very loosely outlines, and sometimes doesn’t outline at all, and of course there’s me, the insane one, just sitting down and writing with a vague idea and sense of character . . . ) Fortunately, the workshop seemed well-received and I had people coming up to me throughout the week to discuss something I said that resonated with them. Yeah! Not a failure!

I was on a paranormal panel with former MSW contributor Heather Graham (an amazing author and woman, I’ve always enjoyed her books and she’s very fun on panels!) called “Why be Normal when you can be Paranormal?” Jonathon Mayberry, who writes both fiction and non-fiction, made the point that there is so much out there in mythology that we can write paranormal stories from here to eternity and still have relatively original and fresh material, if we know where to look. For example, there are different vampire myths among peoples of different countries and times, and research is just as important when writing paranormal as it is writing a straight thriller.

The next panel I served as Panel Master. Unlike RWA, the “Panel Master” (or moderator) also participates in the panel while leading the panel, creating questions, taking questions, and shaping the discussion. I never thought I’d like to be the moderator (too much pressure!) but I found I truly enjoy it and it’s almost like running a board meeting—I’m fairly competent at keeping people on task and summarizing audience questions so we move quickly. I was the Panel Master of “Is Social Networking a Waste of Time?” I had some absolutely terrific panel members, including publicists and authors who successfully use social networking. The conclusion? SN is here to stay, but find the medium that works best for you, your schedule and your personality. Be smart about it, and don’t let SN drain your creativity. If you are an awful blogger; don’t blog. If you find you fritter away time at twitter, learn to limit yourself. The authors on the panel firmly believed that twitter (and facebook) sells books . . . I am still undecided, but I believe that if you focus on doing what you enjoy, you’ll cultivate your readership, please your fans, and hopefully those fans who enjoy your blogs or twitter posts will be the ones to spread the word about your next book. But drive-by promotion is a big no-no, because readers know. That’s why you need something you can consistently do, on schedule (whether it’s blogging monthly or tweeting twice a day for ten minutes or checking into facebook at breakfast, lunch and dinner.)

There was an industry panel I missed called “Can we innovate more?” where ITW brought in major house publishers and big name authors to discuss what authors can do to help publishers sell books. I can’t wait to get the tape. Another panel that competed against one of mine was “Why do thrillers kick ass?” with Steve Berry, Carla Neggers, Ridley Pearson et. al. There was a panel devoted to innovation with e-books with authors and marketing people who have had successful promotions of e-books. A panel just on forensic thrillers moderated by Dr. D.P. Lyle (I have most, if not all, of his non-fiction books about forensics for writers.)

ITW also has spotlight guests, which are amazing sessions where popular authors are interviews. This year, they included Lisa Scottoline and Harlan Coben. Ken Follett is the new Thriller Master. And then the debut author breakfast, MC’d by Andrew Gross with a motivational speech by Brad Meltzer. I love this breakfast, even though I have to drag myself out of bed early for it on Saturday morning . . .

You can check out the full table of offerings here (PDF), including the CraftFest schedule.

And then of course, there’s the bar . . . which is worth the price of admission!

Now there are always negatives to any organization or people, but honestly, the positives outweigh the downsides, and if you write thrillers of any sub-genre, I strongly suggest ITW as the group to join.

I wish I could offer more insight from the panels, but since I didn’t attend most I can’t. If you have questions, please ask! (The big talk across the board while chatting was e-books—some authors are selling up to 50% of their books in e-book format, but most hardcover authors are at 20-30% total sales via e-book and mass market authors are much less. It really depends on your format and distribution. The business is certainly in flux, but change isn’t always a bad thing as long as you make decisions out of sound business analysis and not fear.)

I still go to RWA, and I still find immense value in the organization. It’s larger, the networking is amazing, and I get to see all my friends 🙂 If you write romance, RWA is definitely the place to be. And since I write romantic suspense, I can’t imagine not being part of both organizations. After Orlando, I’ll write about RWA!

Some other blogs and articles about Thrillerfest: