Every other Tuesday marks our new Murder HE Writes feature, starting on March 19th–we’re already booked with male thriller writers through May! I’m very excited about this new feature, because we all love our male counterparts. I could tell you who’s joining us … but I won’t 🙂 We’ll make it a surprise.

So you get me (again) today, and I’m going to talk about books.

Everyone here loves books, or you probably wouldn’t be reading our blog. Sure, many of us like television, and movies, and sewing, and cooking, and sports, and a host of other things, but the reason we come back to this blog is because at our core, reading is part of our life. Reading is so important that if we didn’t have books, we would feel incomplete. Reading fulfills us in ways that other activities can’t.

Before I was ever a writer, I was a reader. And I think that is true for all of the writers here at Murder She Writes. 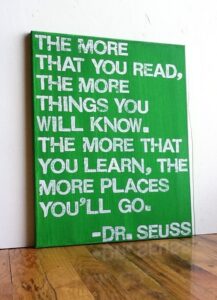 Growing up in the 70s and 80s, there was no real “young adult” genre. Lots of great kids books, but few for older kids. Once I finished all the Judy Blume and Paula Danziger books, once I made my way through Trixie Belden and Nancy Drew and — yes — even Agatha Christie when I was only 11 — I had little left to read. The books were either too young for me or too old. I started reading many of my mom’s books (some much, much too old for me!) but by the time I was 13, I discovered Stephen King (THE STAND) and never went back to kids books.

There were some great books appropriate for kids 12+ that were published for adults. Stephen King, Douglas Adams’ HITCHHIKERS GUIDE TO THE GALAXY, and many of my mom’s police procedurals (I remember reading through Lillian O’Donnell, I think her name was, and Joseph Wambaugh and Ed McBain, among others.) I read science fiction (mostly Ray Bradbury) and classics (THE ODYSSEY) and more. In school I was exposed to a wide breadth of work that most high school kids read, but I’ll always remember one of my English teachers, Mr. Jones, who in my senior English class had us study THE PRINCESS BRIDE — before the movie was ever made. Our entire final was on this book, two questions each worth 1/4 of our final grade, and an essay worth half our grade. He suggested we read the book two or three times, and I did. I still remember the first question: What are the levels of the Zoo of Death? I can’t remember all five off the top of my head (now 25 years later), but I’ll never forget the fifth level where the most poisonous spider ever resided behind the doorknob. And was stepped on. (And yes, I passed my final with flying colors.)

I didn’t really discover romance until I was in college, and read Nora Roberts’ RIVER’S END. After that, I devoured a dozen Nora Roberts books, but found myself particularly drawn to her romantic suspense titles, like DIVINE EVIL and SACRED SINS. Is that even a surprise, considering I love writing romantic suspense?

I was never without a book, and I take great pleasure in knowing that two of my five kids are the same way.

I rarely re-read books. Maybe because most of what I read is romantic suspense and thrillers and mysteries, once I know how it all works out, I don’t want to read it again. I have far too many books I want to read that I haven’t to spend time re-reading books I have. There are exceptions. I read THE STAND twice (once when I was 13, again when I was in college.) And during the last few years, I’ve been re-reading books my kids have to read for school — classics like FAHRENHEIT-451 (still once of my all-time favorite books) and Orwell’s 1984 and Golding’s LORD OF THE FLIES and Salinger’s CATCHER IN THE RYE. Two years ago I re-read most of ONE FLEW OVER THE CUCKOO’S NEST, and once again was stunned by the similarities to Stephen King’s short story, “Rita Hayworth and the Shawshank Redemption.” Shawshank is, essentially, the optimistic counterpart to Cuckoo. Both set in prisons (of sorts) with prisoners who were innocent under  cruel wardens. Both stories were told from a relatively minor character’s POV instead of the central characters (Andy Dufresne and McMurphy), but the central characters were catalysts to the POV characters growth.One has an uplifting ending, one has a sad ending. I think they should be taught together. 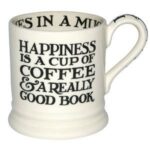 Stories, in all forms, unite us, and I hope I’m never without a new book … and an old.

And … we have winners from our contest I forgot to post them on Sunday, so here they are … if your name is here, please email me (Allison) with your mailing address. You’ll receive at least three books signed by one of us. Yeah!

And … if you missed the hardcover edition of LOVE IS MURDER, the romantic suspense anthology edited by Sandra Brown, it’s now out in paperback! AND one week from today, an all-new digital Lucy Kincaid novella will be available: Reckless. Click here for an excerpt and more!

Now …. Back to books! Talk! What book were you forced to read, maybe because of a teacher or a friend, that you thought you would hate, but you really loved?