Last night I had a headache, so I put my head down for just a few minutes … and woke up hours later. So I apologize for being late with the blog this morning. Trust me. You wouldn’t have wanted me to write it last night at 1 am when I stumbled in from my office to my bed. It would have looked something like this:

I returned from Thrillerfest Sunday night after a fabulous week in New York City. I didn’t get to do everything I wanted — I’d said that this year I would walk across the Brooklyn Bridge — but the only day that the weather was good for the excursion was the one day I had to be in the hotel for panels and events. So NEXT year, rain or shine, humidity or not, I’m doing it. 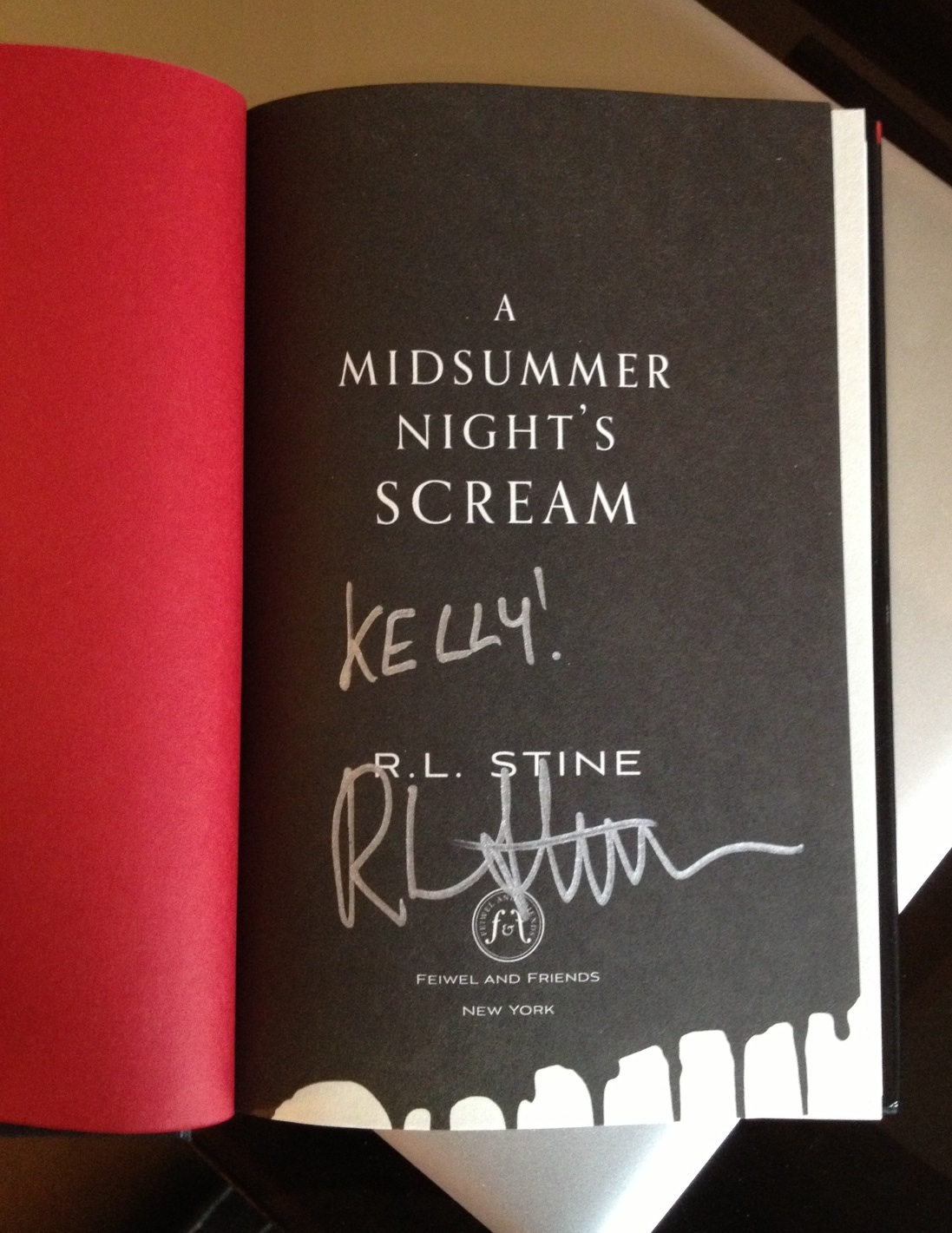 I didn’t go to a lot of panels (other than mine!) I think as this is my 7th Thrillerfest, while I enjoy some of the panels, I don’t learn as much from them as I used to. Sometimes it’s all just a rehash. I went to one industry panel on hybrid authors (authors who both self-publish and traditionally publish) and I didn’t learn anything new like I’d hoped. I went to a YA panel led by the AMAZING R.L. Stine. Here, which I didn’t learn anything specifically, I really enjoyed the panel which including Michelle Gagnon (DON’T TURN AROUND, a Thriller Nominee for best YA) and Barry Lyga (I HUNT KILLERS). Michelle said one thing I thought was interesting–her editor wanted no POVs outside of the young people. It was THEIR book, not one of the adults. There was a discussion about language and themes and topics, and it was agreed that anything goes — but if you want to be in the Scholastic Book Club, you have to curb the language. But my favorite quote was from R.L. Stine. He was unapologetic that he writes commercial books for kids with the sole purpose, “I want kids to read.” And with 400 million books in print, R.L. Stine is the leading force in the 20th and 21st century in getting young people to read. I love his Twitter feed, so if you’re on Twitter, follow him @RL_Stine. 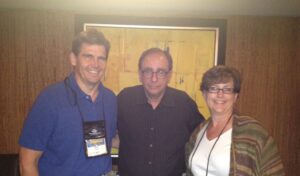 R.L. Stine with aspiring author Brian Tracey and yours truly.

My own panel was moderated by Linwood Barclay, who is not only a talented thriller writer but a fantastic moderator. Our topic? “Fists, Guns or Knives? The action writer’s toolbox.” I don’t know that I’m an expert on this, but I was with a fabulous panel — Taylor Stevens (THE INFORMATIONIST), Wendy Corsi Staub (THE GOOD SISTER), Alex Berenson (THE NIGHT RANGER), and D.L. Wilson (SIROCCO). We discussed unique ways to kill people (Wendy wins — she writes domestic thrillers, so her killers usually use something that can be found in a house and no one would suspect murder.) We all liked poison as an option. But the panel was also about our characters — and using both their skill set and the tools at hand when necessary.

For example, Lucy Kincaid is an FBI Agent and she has a gun. She’s trained. Even if she loses her gun, she has self-defense skills. She also has a Masters in criminal psychology, so sometimes, talking is a weapon. She uses her skills and training to get out of tough situations. But Maxine Revere, my investigative reporter, has a gun only in her apartment, and she wouldn’t first think to use it if someone broke in. And while she has some self-defense skills, they’re nothing to write home about. Her weapon is her intelligence — figuring out how to get out of situations that might be dangerous. She’d be the grab anything you can variety, not thinking several steps ahead, only thinking about surviving each minute with the goal to get away. GOAL matters. For Lucy, it’s to catch the bad guy. For Max, it’s to identify — not apprehend — the bad guy. 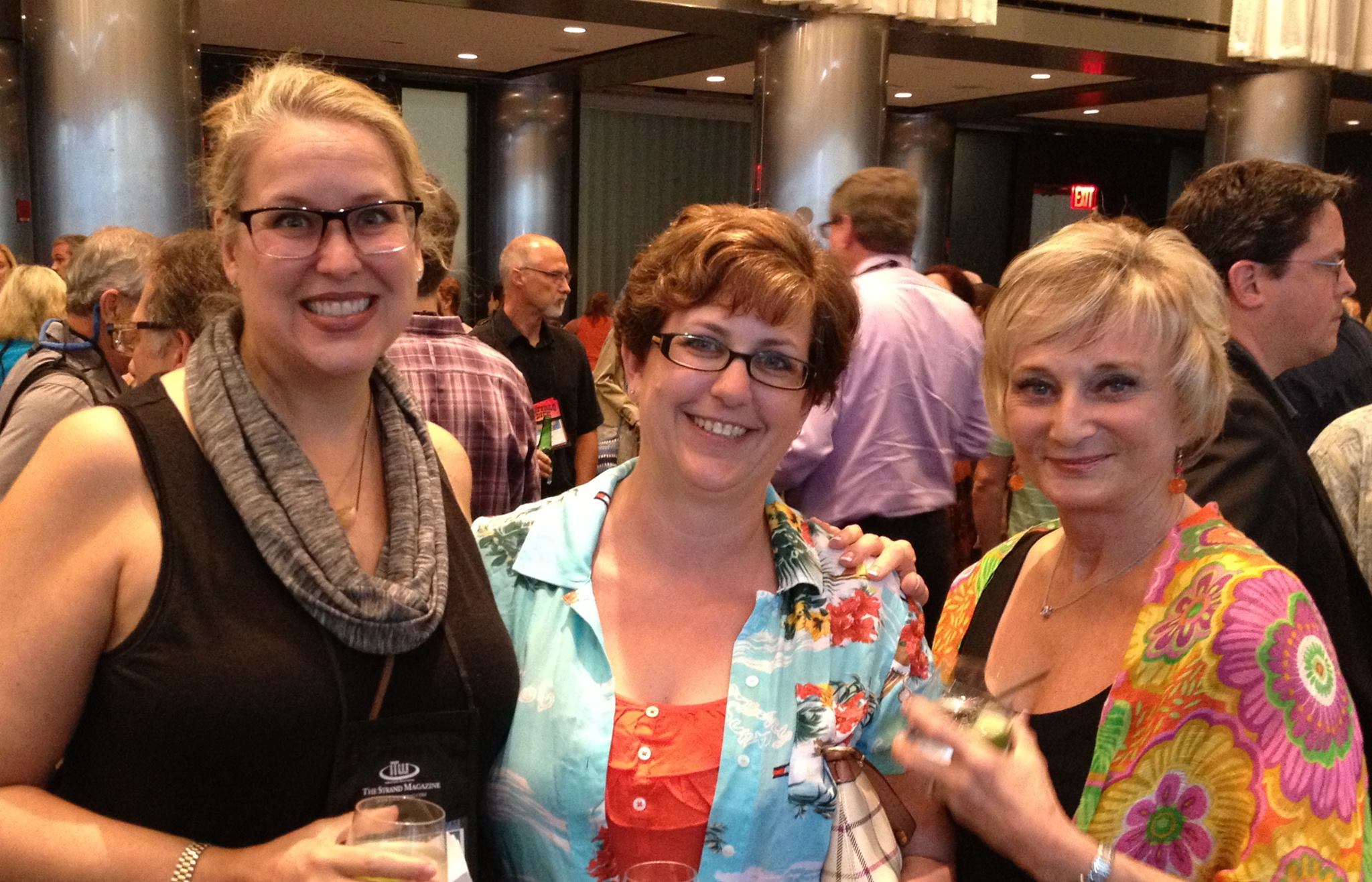 Conferences are also about friends — seeing people you haven’t seen since the last conference. For example, friend of MSW J.T. Ellison. I met J.T. at the very first Thrillerfest, and we became fast friends. She’ll be in California in August and we’ve already made plans to get together for a day–it will be so much fun! Here is my between J.T. and THE Catherine Coulter. They co-authors a book, THE FINAL CUT, which just got an RT Book Reviews Top Pick. As a fan of both authors, I’m certainly not surprised.

Hmmm, what else? There’s probably a lot I’m missing. I didn’t go to CraftFest this year because I wasn’t teaching a workshop, but they had some amazing authors and I’m sure I would have learned something — Catherine Coulter, John Sandford, Lee Child, Steve Berry, etc. Honestly, if you write thrillers or romantic suspense, ThrillerFest is definitely the conference to be at. 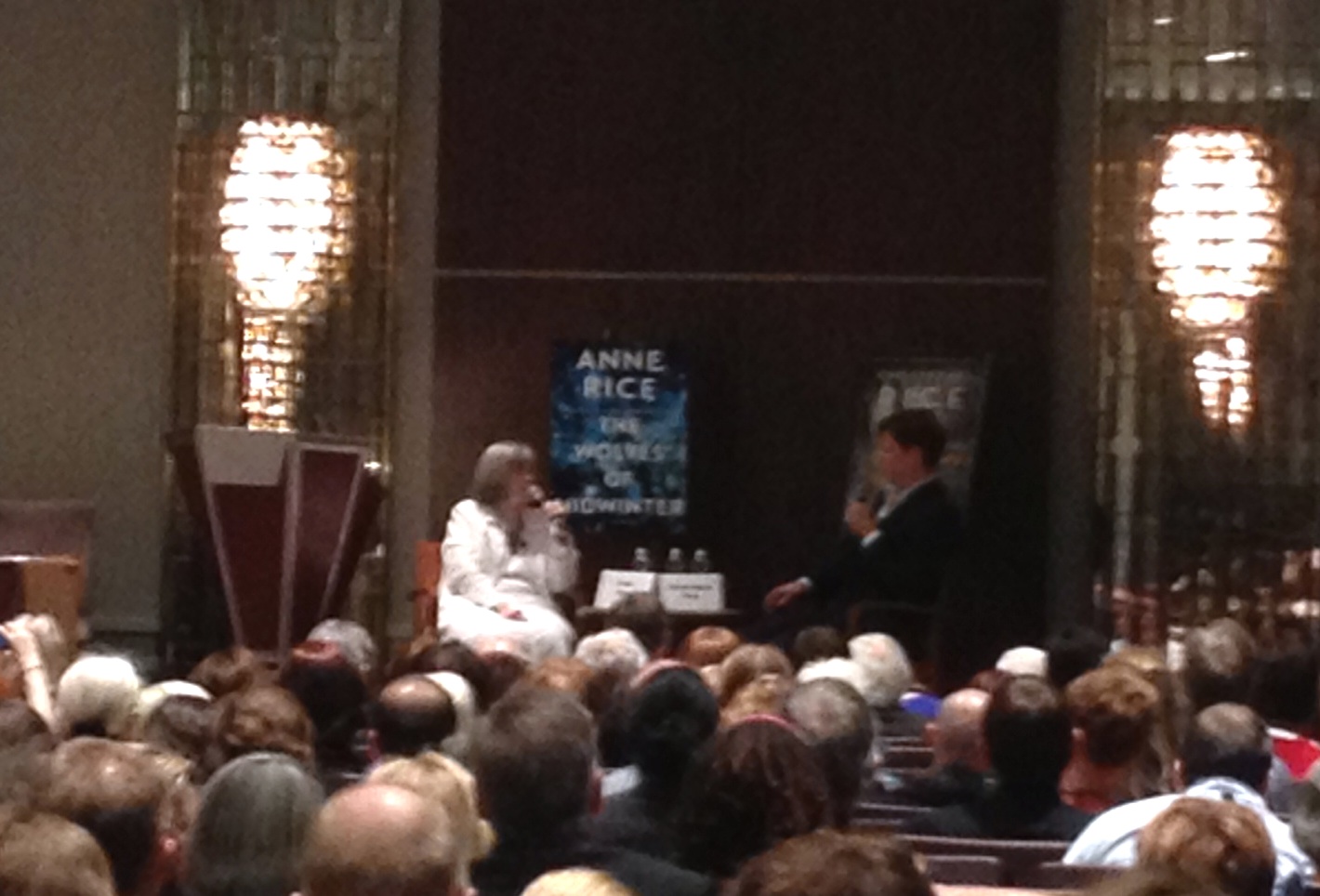 Oh, I went to the interview of Anne Rice by her son Christopher Rice. Because I’ve never heard Anne Rice speak, it was very interesting and I’m glad I went. What an amazing life. I bought the 20th Anniversary edition of INTERVIEW WITH A VAMPIRE, signed by Anne Rice for my daughter Kelly who is tired of vampire books because they all sound the same. I thought maybe she’d like the book that really started it all. A true classic.

Conferences are also about business. For me, New York is a no-brainer. I had a lunch meeting with my agent, but forgot to bring my list of topics to discuss so I know I missed something … will be sending him a long email next week! The lunch with my editor and publisher was fantastic as well, more fun and less business, which is always good. I saw the cover for NOTORIOUS, the first Max Revere book, and I really like it. We need to tweak a few things, but I hope to share it very soon. There will be ARCs to giveaway in the near future!

And … conferences are also about fun. I caught up with friends over lunches and dinners, socialized in the bar (a necessary component of any conference is a good bar!) and even went to the Giants bar on the lower east side to catch part of a game with fellow Giants fans. I walked everywhere, took the subway a couple of times, and enjoyed a more relaxing conference than I’m used to. 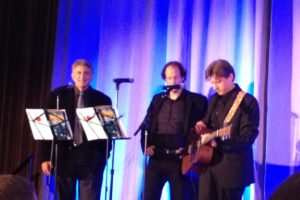 And again about fun … the Thriller Awards are always fun. The USO got the Silver Bullet Award, RL Stine gave a fantastic and funny short speech to introduce the new ThrillerMaster Anne Rice, and we have our own music: Here’s Michael Palmer, Brad Parks, and Daniel Palmer, three fantastic people and writers who always wow us with a hilarious version of a popular song. I couldn’t find this year’s song up on YouTube yet, but if I do I’ll post it to my facebook page.

I wasn’t able to go to the RWA conference this year. Back to back conferences are hard for me and my family. But I plan to go next year in San Antonio! Unfortunately, some of the changes that RWA is making about becoming more strict about defining romance makes me a bit uncomfortable, and I don’t know if I fit anymore. But I love the conference and the people and if I don’t go, I’ll never see some of my friends who live far away. Next year will also be a very busy year for me — I’m already planning on going to more conferences in 2014 than I’ve ever been. Left Coast Crime, RT Book Lovers, ThrillerFest, Romance Writers of America, and Bouchercon. I’ve never done more than three conferences a year — and next year it’ll be five! Partly because my first hardcover is out, and partly because two of the conferences are in California, which makes for easier travel and less expense. 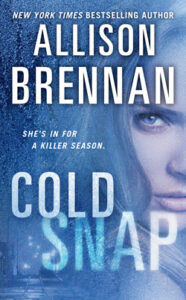 So! That was my week 🙂 Now I’m back to work. Copyedits for COLD SNAP, the 7th Lucy Kincaid book. What are you up do? Have any plans for the rest of the summer? Writing? Reading? Vacation? Inquiring minds want to know!