This weekend, I was a speaker at WANACon, put on by the tireless and inspiring Kristen Lamb. WANACon is unlike any writers conference I’ve been to! 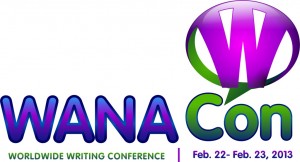 I didn’t exactly know what I was getting into when Kristen first asked me to participate. I just said yes, sure, whatever you want! I thought initially it would be a digital classroom — like a big chat — where I’d post my lecture and then have chat-like discussions. Wow, was I wrong — and in a good way!

The conference was live with speakers. The set up was audio (and video if the presenter wanted it) where the speaker would talk and anyone who had a question with simply ask it. I could hear everyone (they muted their mics unless they had a question) and they could hear me. There was no lag time and the conference was international. There was also a chat window so they could ask questions there or comment on what I was talking about. I spoke about Villains for an hour and a half and the time flew by.

It took me a bit of time to adjust my workshop style. I’m conversational, and usually when I present workshops I take visual and audio cues from the audience — are they bored? Humored? Laughing? Are they vigorously taking notes or tweeting or sleeping? I can adjust my tone and even the topic a bit if I think I’m losing my audience. 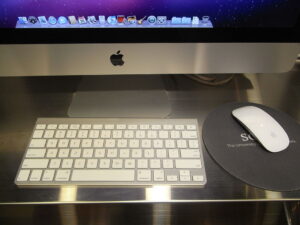 Here, no one could see me (I opted for no visual because I was still in my pajamas!) and I was essentially lecturing. It was weird at first, but I found my rhythm and found the format a lot of fun and very different.

They packed a lot into two days — much cheaper for attendees than flying all over the country, paying for hotels, food, and huge conference fees. I can definitely see the allure! And while a digital conference could never replace physical conference in terms of networking, one-on-one meetings, and the camaraderie you build (not to mention seeing friends you only see once a year!), there is definitely a place for digital conferences in a writer’s conference schedule. I would absolutely pay for one if there was a speaker I really wanted to hear from. And … if an attendee couldn’t be at their computer? All register conference members got digital downloads of all the speakers. Pretty darn cool.

But I immediately saw other benefits to this digital speaking format. I’m sure other authors have done this kind of thing, but it’s all new to me. I mean, I’m familiar with Skype (though it intimidates me a bit!) but this forum was cleaner and neater and very, very easy. There’s probably some big cost to the software that I don’t know about, but I would sure love to have it! LOL. I could see hosting informal chats with readers–like a virtual book club. How cool would that be to get together with a bunch of friends on-line and have the author there chatting with you? Sure, it’s more fun in person with a bottle or three of wine, but when time is so limited, and people live so far apart, it’s certainly an option.

What do you think? If you’re a writer, would you want to attend a digital conference? If you’re a reader, would you attend a virtual book club or listen to an author speak live, followed by Q&A where you could participate as if you were in the same room? Kristen said that the forum software was originally developed as a tool for homeschooled children, where they could take live classes on-line. (There was even an icon to click to “raise your hand” if you had a question!) Could you see other applications to a visual, audio computer conference room?