On Monday my kids start school. I’ve already had two orientations (on Tuesday for my second grader and on Wednesday for my third and fifth graders.) On Friday it’s the high school orientation, with a special meeting with just the seniors. Yes, I have a senior. I don’t feel old enough to have a daughter who will be 18 in a few months. :/

I’m VERY excited about the start of school because I get my regular schedule back. Having the kids around is one thing, but summer is also full of playtime, sports practice, summer day camp, shopping, and (of course) boredom. They want mommy time, but mommy has deadlines! So balancing it all is a chore because no two days are the same. Worse, because it’s summer, the kids stay up later so I can’t get back to the computer until later. When school starts I know that I have my 9-3 writing time and my 9 pm – midnight writing time. While I am not an organized person in most of my life, I need a set writing schedule. When I see something on my calendar for, say, 1:30 in the afternoon, it’s much harder to focus because I know I have this obligation. During the school year, I rarely schedule anything during my writing time.

The other night we had a scare–my boys came back from football practice and my youngest ran around the side of the house to tell me he was home, and came across a rattlesnake. Dan decapitated it and it continued to slither around, which is downright creepy.

I know there are snake lovers out there, but I’m not one of them. I can handle small snakes (King snakes, garter snakes) if they don’t surprise me, but rattlers terrify me. And terrified my son. He turned and ran and was crying so hard he couldn’t talk–it took several minutes for my husband to get out of him that he saw a rattle snake that hissed at him. When Dan found the snake, it was coiled. Snakes don’t generally attack unless they’re cornered, and this one was definitely cornered.

Here’s the video my daughter took of the snake 30 minutes after it’s demise:

We didn’t take a vacation this year. Next year, because RWA is in Anaheim, I’m planning on taking the family to Disneyland before the conference. Then maybe they can stop by the literacy signing so they can see what mom does when she leaves for a couple weeks every summer. 🙂

I also have two exciting projects. I’m dipping my toe into digital self-publishing. This won’t replace my traditionally published books–but hopefully help me find new readers and also give my current fans some fun, inexpensive stories to read! 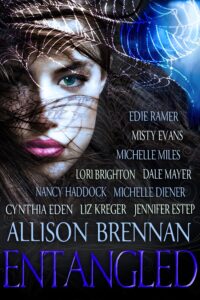 The first is an amazing paranormal/urban fantasy anthology called ENTANGLED. All the proceeds are benefiting the Breast Cancer Research Foundation. The stories have been donated, as well as the cover art, the formatting, and the press. I wrote a Seven Deadly Sins novella, which will hopefully tide my paranormal fans over until I know what’s going on with the third book in the series, Mortal Sin. It’s a meaty story, nearly 30,000 words. And the cover is absolutely gorgeous. ENTANGLED will be available wherever digital books are sold on September 12. 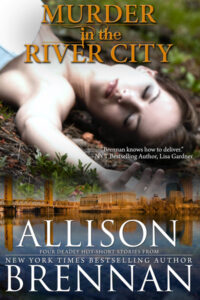 The other project is four short stories in a single-author anthology. Two of the stories were previously published in anthologies, but many of my fans haven’t read them. And two are completely new and original, including a novella I’d originally “almost” sold to Arabella Magazine as a serialized story before the mag went under. I just got the cover that I hired Hot Damn Designs to design and am SO thrilled with it. I don’t know when it’ll be out–but I hope later this fall.

Now, I’m in the middle of writing SILENCED (Lucy Kincaid #4.) I put it aside this week to read the page proofs of IF I SHOULD DIE (Lucy Kincaid #3) and can’t wait to get back to it. I’ll admit, it’s a little scary having a new publisher and a new editor after 17 books with the same people. Scary and exciting and nerve-wracking!

This year is full of beginnings and endings. And now that the end of summer is here, I’m eager to dive into all my projects with 110%.

I’ve been reading some YA mysteries. I read ALL UNQUIET THINGS by Anna Jabaz coming back from Thrillerfest, and now I’m in the middle of THE CHRISTOPHER KILLERS by Alane Ferguson. You can draw your own conclusions 🙂

What are you reading right now? Let me know and I’ll several people will be getting some free books! That’s right, my daughter Kelly and I are purging our bookshelves. We’re putting together 3-4 boxes of books–whatever can fit into the flat rate postal box. A mix of YA, thrillers, mysteries and romance. If you win, you can read the books or pass them onto a friend! I’d much rather give my books to the loyal readers of MSW than strangers in the library 🙂 And every box will also have one of my backlist titles as I go through my shelves and re-organize.

And finally, for those of you who have been frustrated by our Murder She Writes site going up and down for no apparent reason … our wonderful hosting company is moving our site to a new server this weekend, so we hope that the problems will be over next week.

Have a great end of summer!