Over the last few years, television has shifted from being a Fall Premiere Event where all the shows began, and summer was the time for re-runs. That system is no more, as many networks, both network and cable, now have three premiere seasons — Fall, Winter and Summer. JUSTIFIED, for example, will start in January or February of 2014; LONGMIRE will start in May or June. This makes it a lot more fun for television addicts like me to have new and exciting programming all year round.

However, this fall has some amazing programming, and so far? The networks are delivering.

I’m behind … which isn’t a surprise because I have a book due in two weeks. But I’ll catch up!

So what have I seen, what am I most looking forward to, and what new shows do I plan to watch?

WHAT I’VE SEEN SO FAR

Like I said, I’m behind … I’ve only watched two of the premieres. The rest I’ve recorded on DVR or they’re waiting in my iTunes account. 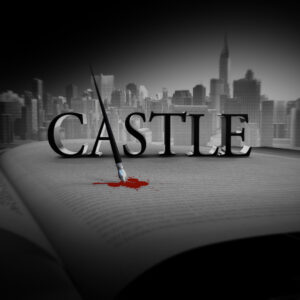 I love Nathan Fillion (FIREFLY R.I.P.) and so I’ve been watching this show from the beginning. It’s been mostly spot-on with character, dialogue and mysteries. They had a learning curve and some cringe-worthy forensic hiccups, but overall, the characters make the show and the writing is outstanding. Season 4 was a dud — the show lost a lot of the witty humor and the continuing storyline with the whole conspiracy and Beckett’s mother’s murder and Castle’s secrets, just did not work — but Season 5? They made up for it. Best season so far. And the season 6 premiere? OMG, it’s just as good. LOVED it. From the opening to the close, it’s pitch perfect and I’m hugely excited about this season. They kept everything that was great about the show and then raised the stakes.

As long-time readers of MSW know, I came to this show late and watched six seasons that had already been out. I had a problem starting this show because while I knew I’d like it, I’m also a fan of Kathy Reichs. But I managed to separate the books from the show and it works for me now.

I loved BONES until Season 6 when they screwed up the characters and their relationship. Where CASTLE put Kate and Rick together at the best possible time, building on years of sexual tension but not drawing it out too long, then letting them work through the secrecy and then being exposed, and all the conflict organic to their relationship … the writers of BONES screwed up everything. Booth and Brennan should have been together by the end of Season 5, or at least the beginning of season 6. They dragged it on too long, then Emily Deschanel got pregnant and the writers said, “Let’s write in the pregnancy” and the characters acted out of character, then had their courtship off the screen, going from Brennan telling Booth she’s pregnant to them living together at the beginning of Season 7. We didn’t get the honeymoon period. If they hadn’t waited so long the pregnancy could still have been unplanned and it still would have worked; it would have worked better! Then Season 7 was blah, and Season 8 was okay … at least it wasn’t as bad as 6 and 7. Now 9? The season opener was great. I haven’t seen the second episode, but I feel like we’re getting back to the right story rhythm, and the characters are in character, and the writing is tight. I hope they 1) keep it up and 2) resolve the Pelant storyline quickly because while it started out good, it’s gotten … boring.

And, yep, those are the only 2 shows I’ve seen so far.

IN THE QUE – Continuing shows

I have NCIS, NCIS:LA, Luther, Person of Interest, L&O: SVU, and Haven all recorded waiting for me to have time to watch. I was disappointed with last season’s NCIS and I really hope that they get back on the ball … even without Cote de Paolo (Ziva). NCIS:LA has never been a favorite of mine, but they have great blocking and action, and I like to watch to analysis the fight scenes and shoot outs. And I like Marty Deeks 🙂 … LUTHER is a no brainer. I’ve been waiting for this show FOREVER and have all four episodes on iTunes. I’ll be having a marathon very soon! HAVEN is another favorite, and I generally marathon that show, too. Last season? I waited until they were all recorded then watched two episodes a night until I was done. POI is a huge favorite of mine … I watched season one on Netflix, season two on iTunes (late, because they didn’t have it available until the summer) and now have the first episode of Season 3 downloaded. Can Not Wait. I might even buy season one to watch again, I love this show so much!

Oh, and New Girl. See, I watch comedies, too! I watch New Girl with my older daughters. Maybe a bit inappropriate, but they’re 19 and 17 and we all love it.

IN THE QUE — New Shows

I have AGENTS OF SHIELD recorded, and I’ll be watching it with my boys. We’ll start it this weekend — I think I’ll like it, but it’s always great to have a show I can watch with my youngest son. (He’s 9 and I’m re-watching all of WAREHOUSE 13 with him now, since I own the first four seasons! He loves it, and I love it because he’s eager to do his homework so we can watch the show together before dinner.)

There are several shows that have yet to premiere: 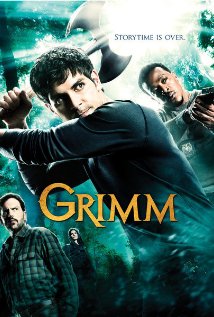 Of the above shows, I’m most looking forward to GRIMM. I love that show, love the actors, love the direction, and am so glad that after a rocky beginning, it was continued. And I’ve liked WHITE COLLAR from the beginning, even though I didn’t want to. Anne Rice loves it to, she said so at Thrillerfest, so I’m in good company. I had mixed feelings about ARROW, but I’ll watch it again. There’s good and bad there. SUPERNATURAL had such a bad season 6 and 7, but 8 was much better so I am looking forward to what happens after the Great Fall of Angels … 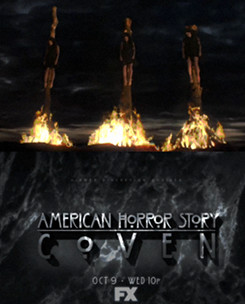 I liked AHS season one much more than AHS: Asylum; however, AHS: Coven looks to be right back on target with a great, creepy show. And it has Kathy Bates. Need I say more?

* This is contingent on me catching up on Season 3 which I haven’t finished yet. This show gives me nightmares, even though I love it. So I have to take it in small doses. Which is really odd because I don’t usually freak out by scary movies and tv! Kudos to the writers and actors and make-up people!

I’m debating several shows. Usually when someone recommends something to me, someone who knows what I like, I watch, I’m hooked. And as you can tell, I already have a shitload of television in my que. It’s going to get full. And I rarely watch more than one show a night … except when I can’t sleep. Which, I’ll admit, is often.

BUT, that said, I’m considering THE MICHAEL J FOX SHOW because I love Michael J. Fox. I’m also thinking about SLEEPY HOLLOW, but I was skeptical and then forgot to record it. I’m not going to buy it without strong recommendations. Maybe it’ll be available on Netflix. I’ve heard good things about THE BLACKLIST, a show I didn’t even know about and the premiere already passed.

But the thing is, I already have FIFTEEN shows I’m watching this fall. That’s like 2 hours of television a night … well, an hour and a half because I don’t have commercials ☺ How can I fit anything in?

And dammit, when is SHERLOCK going to be back?

What about you? What show are you most looking forward to the return (or have seen already) and are their any new shows you’re going to try?