Our Own Jennifer Lyon!

Ever have one of those days when you thought you did something, but didn’t, and it nagged you all night in your sleep until you wake up thinking, “What did I forget to do?” Well, for me it was posting this blog last night! Then the kids did NOT cooperate this morning and I didn’t have five minutes to sit down until now. BUT you are in for a treat, because I interviewed our own JENNIFER LYON! (cheers, whistles, applause.)

Jennifer Lyon, aka Jennifer Apodaca, (hmm, that sounds like she’s a criminal and I’m about to put an APB out on her) is one of the three remaining original members of Murder She Writes when we launched this blog over five years ago. She is truly a talented, fun, engaging—if slightly neurotic (aren’t we all?)—writer, and I am blessed to have her as a friend.

Jen started in humorous romantic mysteries, and I loved her Samantha Shaw series. The first book, DATING CAN BE MURDER, was fun, smart, and quirky—a lot like Jen herself! But as she is human, there’s also a dark, angsty, romantic side that exploded within the pages of her Wing Slayer series.

I’m thrilled to interview Jennifer as she launches the next two books in her paranormal romance Wing Slayer series. Though she’s been writing on this blog for years, my goal is for you to learn something new about her.

For those of you who don’t know her, Jen grew up mostly in Southern California. “Much to the amusement of my children, I met my husband at the dog pound,” Jen said. “They love that story! I live a pretty traditional “real” life and a rich “fantasy” life through my writing.”

I think one reason Jen and I click is because we shared a lot of the same writing influences as young adults—romance and horror. Jen said, “Some of my early favorite authors were Julie Garwood (loved her historical romances), Jude Deveraux, Judith McNaught, Stephen King and Dean Koontz—which shows how mixed my reading tastes can be! I loved romance and I loved the horror. It’s probably not a big surprise that I write paranormal that combines deep love with some dark and gritty story lines!”

Jen is a reader first. To her, the fun part of marketing is the readers themselves. “I just love connecting with readers because I’m a reader myself. So I hang out on Facebook when I can, do a fun blog on my website, that kind of thing. But it took a while to understand what approach works best for me.”

Jen’s favorite color changes with her mood. (Okay, that’s a bit quirky—unless I’m the only one who always had the same favorite color!) Today, her favorite color is emerald green. Just don’t hold her to that tomorrow! And I found out that she changes her favorite reading genres. Today she reads a lot of paranormal romance, but she also likes mysteries, romance, women’s fiction, thrillers, you name it. (I sense a trend here . . . )

Everyone has odd writing habits. Jen says, “When I start a new project, I like to have a brand new sharpened pencil, and I get very cranky when the kids steal my pencils! While I do the bulk of my work on the computer, I like to “think” by free writing on notebook paper, and also I make notes on a yellow pad relating to research, character names, etc. And I’m a bit of a caffeine addict—I often wonder if I could write a book if I ever gave up coffee.”

Jen’s Wing Slayer Hunters are unique and the books rich with a well-developed world for her amazing characters. That’s all because she believes research is important.

“I have a notebook full of research! I have information on demons, gods, witches, winged creatures like dragons and a phoenix. I’ve researched chakras and various things related to witches like candles, herbs, crystals, lunar cycles and anything that I come across. Oh and for Phoenix, the hero of NIGHT MAGIC, I have pages of Chuck Norris jokes—Phoenix loves Chuck Norris jokes!”

It’s the original and humorous details—like the Chuck Norris jokes—that take Jen’s books a step above so many others.

NIGHT MAGIC, which will be out on March 22, is the third book in the Wing Slayer series, followed by SINFUL MAGIC on May 24th.

On NIGHT MAGIC, Jen said, “Phoenix and Ailish are special to me. They are both damaged, but they rise above their pasts and the dark torments they have suffered to fight for each other. Ailish’s blindness makes her tough and capable, and she brings the hardened and tortured Phoenix to his knees. Their story has stayed with me even though I finished writing their book nearly a year ago.”

I asked Jen what she loves most about the Wing Slayer world. “Two things come to mind: First is the magic because I truly wanted to create a world for readers who wanted a little magic in their lives. The second thing is the powerful bond between the witch and her hunter—their love is so strong, each of them would walk through flames for the other. But it’s even more than that, they learn each others darkest fears, and they do everything they can to protect their loved one from the thing that scares them most. That’s a kind of love and I hope it comes through in the Wing Slayer World.”

Finally, I asked Jen what’s one little known fact about her that she’s never shared with Murder She Writes.

“I feel like I’ve been on Murder She Writes so long that I’ve probably shared everything! My life is an open book except that I am careful to protect the privacy of my husband and kids. Okay, I’ve got an embarrassing one: In my early teens, I watched Starsky and Hutch, and had a crush on David Soul. I don’t see the appeal now!”

(Aren’t these amazing covers? They look so terrific together!) 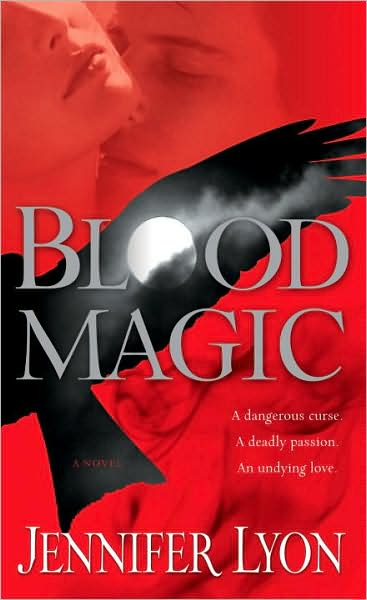 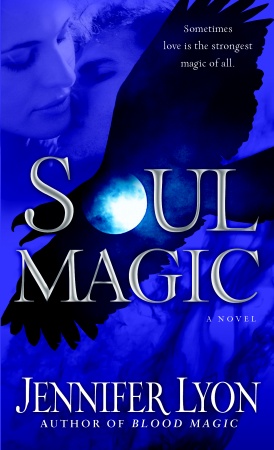 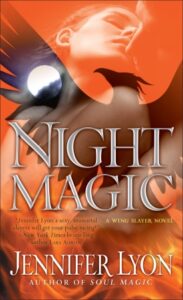 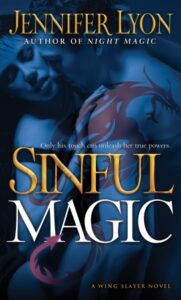