Please, Just No: When Television Screws it Up

The buzz on social media is whether the 8-season run of CASTLE can continue into Season 9 without Kate Beckett. Hands down, NO ONE I know plans to watch it. They’re done. I want to be done as well, but truth is I’m a television addict and will likely watch it and bitch and complain the whole time. (Sort of like SUPERNATURAL season 6 and X-Files seasons 8 and 9.) 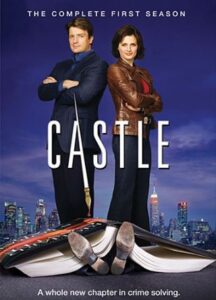 Loved this show from the beginning … until now.

What I want I don’t think I can have, and that’s a clear ending to the series with a fabulous series finale ala JUSTIFIED and what’s planned for PERSON OF INTEREST this May and BONES season 12, which will be the end. Or, when a show is cancelled or giving a truncated season, the Powers That Be will allow the writers to wrap everything up and give their dedicated audience closure and satisfaction. (WAREHOUSE 13 with the short last season; the upcoming short last season of RIZZOLI & ISLES.) But television screws up everything in two key ways:

1) They continue a show beyond it’s prime, usually without a key character that IS the show. (X-FILES)

2) They cancel a show and the writers can’t unwrite the cliffhanger.

The first makes me sad and embarrassed for the remaining writers and cast. The later makes me extremely angry. 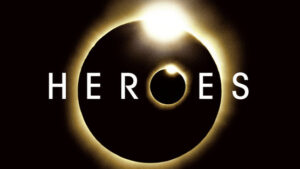 The way you screw up a series ending …

I mean, who wasn’t thoroughly pissed off at the end of HEROES when the last thing we see is Claire jumping to what would be a normal person’s death? Or THE GLADES, which I really enjoyed, ending with the MAIN CHARACTER shot and bleeding on his kitchen floor the morning of his pending wedding? I need closure.

I understand the argument: if viewers know that this season is going to be the end, they’re not going to watch it, ratings will fall, advertisers won’t buy space, and studios lose money. Often, it’s the people who have no idea what viewers really think (hmm, reminds me of politicians who don’t know what their constituents think) that make these decisions, not the show runner or writers or actors. But there is a story promise when you create a series that you will at least give the individuals invested in the world you created an ending. Kudos to the shows who do it right: RIZZOLI & ISLES, POI, JUSTIFIED, et. all.) 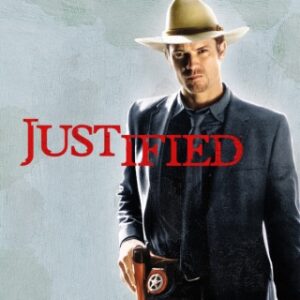 The way you end a series right.

There have been some shows I’ve really enjoyed that were cancelled after a season or two (DETROIT 1-8-7; STALKER; DARK BLUE; MINORITY REPORT; LIFE.) Usually I get the sense mid-season that they’re going to shut it down, so I consider it sort of a mini-series. I enjoy it for what it is. They were a short enough run that I didn’t get totally invested, even if I enjoyed the show. (I knew exactly when DARK BLUE went south — when they brought in the FBI Agent at the beginning of season 2. Ugh. It had been edgy and dark and I loved it, until they tried to clean up their act. LIFE I still don’t understand … I think it’s because it was a “quiet” show, tame compared to high-action fare.)

And then there are the shows that were cancelled for no effing reason I understand other than the stupidity of The Powers That Be (ala FIREFLY, VERONICA MARS.)

But once you have a series that has been built on TWO CHARACTERS (CASTLE, BONES, X-FILES) you can not remove one of the characters and continue. You. Just. Can. Not. X-FILES knows it screwed up (series reboot 15 years too late) and others plan to end (BONES, short 12th season) so why can’t CASTLE do the same damn thing?

End with Season 8 on a high(ish) note or give us a six-episode “mini-series” to give us the ending we deserve. 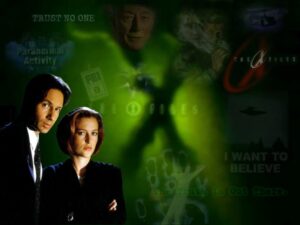 WE, the viewers, DESERVE a great ending. We have been with you for EIGHT SEASONS (most of us … I know many who left after season 6 because of that awful season 6 finale that they keep bringing back even now when I wish they would have just admitted they screwed up and moved on.) We love Rick AND we love Kate and we love them together. You have built them up, through better and worse, to be together, to get through anything because they love and trust each other. CASTLE was the best of romantic suspense — it’s what I love about the genre as a reader, and as a viewer. It did it RIGHT.

It’s not too late to fix this. Announce that you’re creating a short season 9 and that you will stick to your story promise. Give us the Happily Ever After we crave, the ending we deserve, for being your loyal viewers, your loyal advocates, the people who have spread the love on social media. The people who gave you a great run. Reward us. Do not end Season 8 with Castle and Beckett split or, worse, Kate dead. Do not do it.

We will forgive you for this week of doubt and gossip … because we all make mistakes. But don’t break the story promise; we may never trust you again. 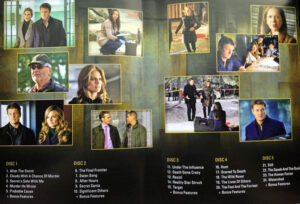