It’s been over a week since I blogged — lots of things have been going on. Traveling. Writing. Moving my younger daughter into my oldest daughter’s bedroom. I finally have a breather to write this blog.

There are plenty of recaps of Thrillerfest on the Internet, I don’t need to rehash it. Suffice it to say it’s my favorite conference for a lot of reasons. Though expensive (it’s in NYC), they have a plethora of panels and workshops for readers and authors of all levels. They have cocktail parties each night, an amazing banquet, and it’s an opportunity for me to sit down with my editor and agent in person, a rarity for authors who live on the West Coast.

Here are some quick highlights:

Friends. Though not all my best buddies were there (miss you J.T. and Toni!), I had fabulous sit-downs with other writing friends, including the beautiful and talented Laura Benedict and Carla Neggers. One plus of writing conferences is hanging with friends: we have a solitary profession, and we can’t discount our need for human connection with people who get us. 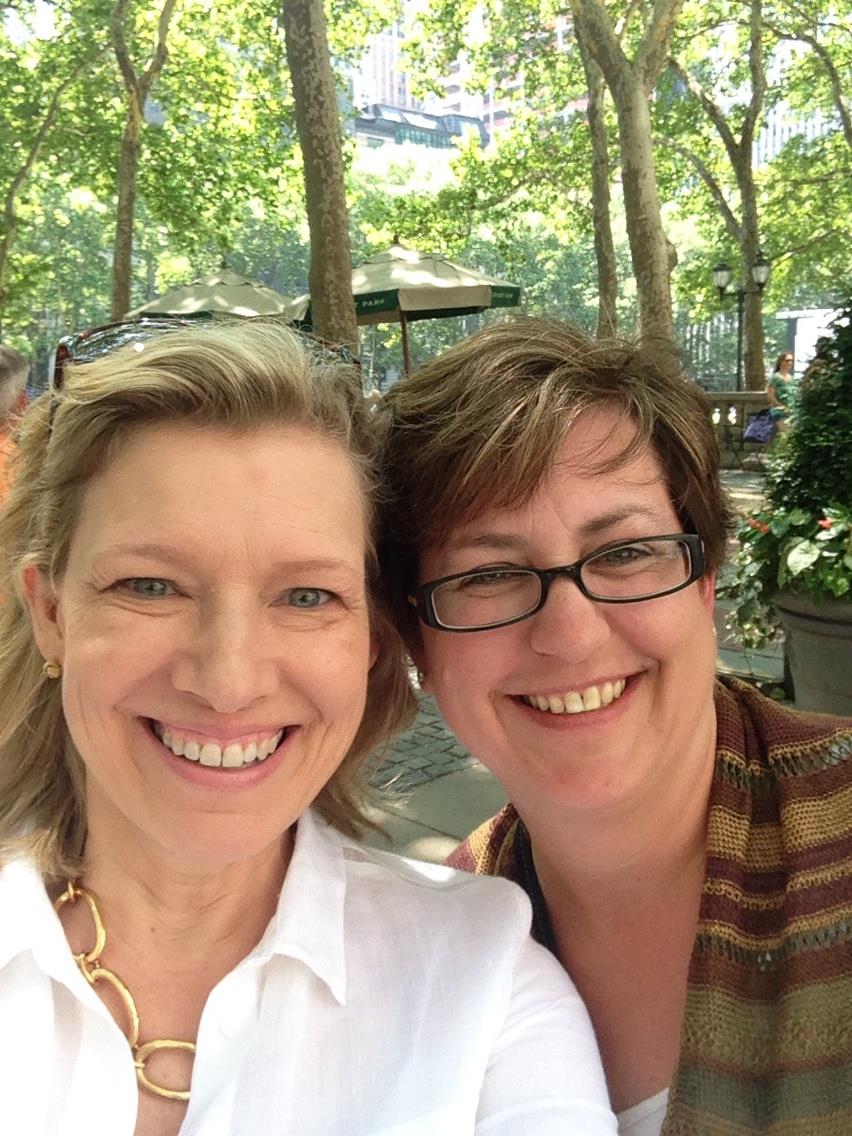 Laura Benedict and me

Fan Girl Moment. Horning in on a picture with Scott Turow, the 2014 Thrillermaster. 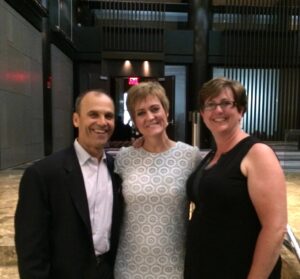 Thriller Awards. I didn’t win, and neither did MSW alum Kendra Elliot, but the awards were still a lot of fun. I presented the Best First Novel award (Jason Matthews for RED SPARROW) and also got teary-eyed at Daniel Palmer’s tribute to his father Michael Palmer, who died late last year. The opening was cut off, but this is worth watching. There were laughs and a standing ovation. Much deserved.

Fun. I didn’t get a chance to walk across the Brooklyn Bridge (NEXT TIME!!!!) but I went down to TriBeCa and walked part of the Hudson River river walk, taking pictures of some of places Max Revere goes in the upcoming COMPULSION. 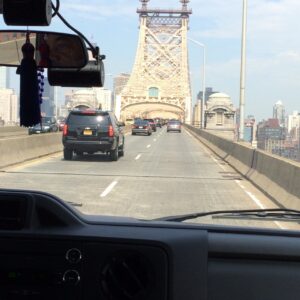 The prologue in COMPULSION takes place on the Queensboro Bridge. 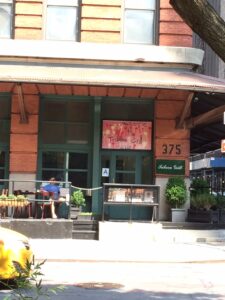 Max’s favorite restaurant is the Tribeca Grill, near her apartment. She eats there with Ben in “Maximum Exposure” and with David in COMPULSION. 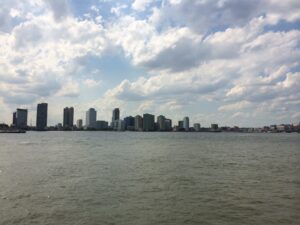 The last chapter of COMPULSION has Max and David looking out at this view — the Hudson River.

Parties. Like I mentioned before, Thrillerfest is all about workshops, panels, and parties … including publisher parties. St. Martin’s Press had their party at the Top of the Strand. This was the view: 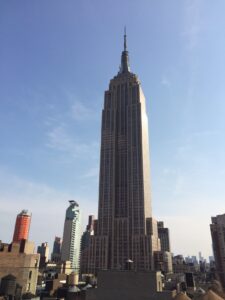 View from the Top of the Strand. Empire State Building.

I gave my Villain’s Journey workshop, but came up with some new material related to backstory and villains. One of the television shows I’m most looking forward to this fall is GOTHAM, a prequel to Batman. I suspect there will be some great storytelling … at least I hope.

I also did a lot of business, meeting with Suspense Magazine, the iBookstore, my agent and editor, and more. I wrote three mornings I was there, not as productive as if I were at home, but I put words in the computer and gained ground. (Yeah!)

One of the things they do at Thrillerfest is “FanFest” where authors can bring in 5 or 10 fans for a party. The fans get to meet lots of authors, get free books (and sometimes more!) and get to chat with their host. I haven’t done this because it can be expensive (the author pays for the fans to go to the party, but the fan has to pay for transportation and hotel, if necessary.) I’ve thought about doing it next year (though I’m asking the ITW make some changes that I think would benefit the event) … so I’m curious if anyone would be interested in something like this.

And good news! It looks like there will be TWO Lucy Kincaid books next fall. I’m very excited about the storyline I came up with — the two books will be connected (similar to how I used to write my trilogies, but only two books) and I just sent in a list of titles I like.

Next week I’ll be at RWA in San Antonio — and doing some research for the next two Lucy books! Plus meeting more friends and having fun. And of course, writing — I’ve already blocked out two time slots to just write.

Here’s part of my 11 year old daughter’s book collection we moved to her new room: 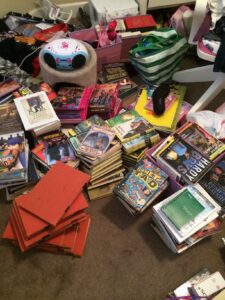 And here is my 18 year old daughter trying to weed through her books before she leaves for college this Fall. She’s having a hard time. 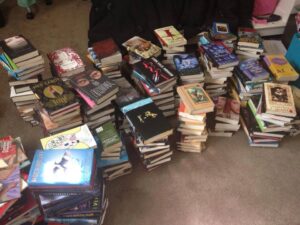 Kelly’s books. Some of them.