The last few months have been particularly difficult for me as a writer. The Doubt Demons invaded.

Self-doubt is rooted in fear, and an author’s worst enemy. I’ve always been critical of my writing, I’ve always been afraid that what I’m writing isn’t good enough, that I’ll never get better, but I never doubted that I could write. I don’t believe in writer’s block as an insurmountable wall, but instead an excuse not to write.

Doubt isn’t writer’s block. Doubt is much, much worse.

“You let self-doubt get a hold of you, it’ll kill your work dead. You’ll stop in the middle of a project, then print the manuscript out for the sole purpose of urinating on its pages before glumly eating them.” – Chuck Wendig

I can attest to the truth of that statement. Every writer doubts. It’s par for the course, not just of writers but most artists. Not just of artists, but most human beings. We are creatures of doubt. The Doubt Demons landed on both shoulders and I listened. I knew I shouldn’t—I could tell myself anything trying to make me feel better. Read motivational books like THE WAR OF ART by Steven Pressfield. Remind myself that I am not alone, that every writer experiences bumps on the road, that some books are going to be harder than others, that if I just sit at the computer every day and write, I’ll finish the book.

But seeking confirmation that I’m not alone in self-doubt is another form of Resistance that Pressfield talks about so much. It’s justification for fear.

Chuck Wendig said on his blog:

Great. Where do I go to regain my confidence?

I had to accept that I’m not the same person I was seven years ago when I sold my first book. Every book has changed me to some degree, some books more drastically than others. It’s the entire process—from writing to production to publication – that is another stepping stone in my career, and some of them are harder steps than others.

Easy to say. Much, much harder to do.

“Self-doubt can be an ally. This is because it serves as an indicator of aspiration. It reflects love, love of something we dream of doing, and desire, desire to do it. … The real [innovator] is scared to death.” – Steven Pressfield, THE WAR OF ART.

Yep, that’s me, scared to death. But self-doubt as an ally? No effing way. I can’t do this again.

I had to understand why I was listening to the Doubt Demons. Because nothing I did to silence them was helping.

The last eighteen months have been a series of changes in my career. I changed agents, leaving one I had been with from the beginning of my career. My supernatural thriller series failed in a pretty big way. Then, I saw the writing on the wall with my publisher—my gut told me I needed to leave. I changed houses—fortunately on my own terms—landing with an editor who has a fabulous reputation and I was excited to be working with.

Except. After seventeen books with the same editorial team, I didn’t know if I could write for someone else. I had developed some lazy habits—such as sending off my rough draft, confident that I’d have time for revisions. I realized I shouldn’t do this to my new editor, that I needed to write a clean, perfect book. I desperately wanted to hit the book out of the ballpark. I wanted it to be the best book I’d ever written. I knew it had to be—and that’s when I killed my creativity.

Every scene was agony. I wrote and rewrote the opening dozens of times and hated every word. Not only was the story imperfect, it was total and complete garbage.

As my deadline neared, the story suffered. I didn’t know what I was doing, I didn’t know how I was going to tie up all these threads, even in a crappy draft. I’d resigned myself into submitting a rough draft because I no longer had time finish and edit before I sent the book to my editor. I wrote every day, and night, for hours—sometimes staring at the computer so long I lost track of time. I easily wrote 5,000 words a day, but most of them I deleted the next day or a week later. I edited as I went, thinking my book would be clean. I ended up scrapping most of it. If I added up every word I wrote, I wouldn’t be surprised if I wrote over a million words to create this 100,000 word novel.

No one can write a clean, perfect book. Convinced that I had to, I had put an impossible goal in front of me.

Revisions were just as hard—if not harder. My editor gave me fantastic notes, but it was still a change in process. I was adjusting to a new style and I desperately wanted to please her. And again, even when I thought the story was working, my writing was sub-par. And every time she told me she liked it, I feared she was just being nice because we were crunched for time. I second-guessed every story decision I made.

In addition, I had the complications of writing a continuing series. How much backstory is too much? Not enough? Will series fans like the direction? Will new readers be lost? Are my characters growing? Is the conflict real? Why do I want to blow up the city and kill them all?

When I turned in the revisions—late—I was not happy with the book. I couldn’t see it. All my self-doubt weighed on me as I considered that maybe I had lost the touch.

Before I sold, I remember writing for the sheer joy of writing. I loved telling stories, and didn’t care whether they sounded good or whether scenes worked, I just wrote the stories as they came to me. My first four books never sold, nor should they have, but each one gave me many hours of pleasure in just their creation.

I had somehow lost that. The doubt, the panic, the fear had landed, and no inspirational motivator could bring it back. I wanted to throttle Steven Pressfield or burn my dog-eared copy of his book.

I forgot when I originally posted this blog in the wee hours of the morning, that there was one other big thing going on while I was writing SILENCED. My last book with Random House came out on 11.22. It was orphaned, they printed far less, didn’t print a burst on the cover to inform readers there was a bonus novella printed inside, it didn’t get on the shelves in stores when it was supposed to, and sales dipped because it wasn’t widely available. I couldn’t write anything worth saving during release week.

“That’s the horrible thing about self-doubt: it convinces us that our own failure is inevitable, an unavoidable recourse based on our own screaming lack of talent. But failure isn’t inevitable, and in fact failure is created by a fear of failure and by our certain uncertainty we possess about our own ability to succeed. Writers engineer their own failure with such grace and elegance it’s almost impressive. Remember: failure is not a foregone conclusion.” – Chuck Wendig 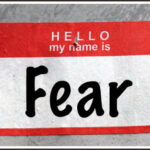 When I got the copyedits back, my worst fears were realized. The book was full of holes, shitty writing, and doubt. The doubt was spilled all over the page like zombie guts. Fortunately, the copyeditor was diligent in her queries and I painstakingly went through every page and edited extensively on paper. I deleted chunks, added scenes, cut repetition, and reworked sentences. This was my last chance—once these changes were made, the book would be going to reviewers and others, and I didn’t have time to wallow in self-doubt and self-pity.

I was so stressed about the copyedits, that after I overnighted the manuscript to New York, I made all the changes in my master copy and sent additional changes to my editor—problems that I hadn’t noticed the first time through.

I’m pretty certain the production people hate me by now. The copyedited manuscript was so marked up in green pencil (my preferred editing color) that they might have thought an alien had pissed all over it.

So I sent chocolate covered strawberries to buy their forgiveness.

I’m nervous about getting back the page proofs, my one last change to fix problems, but I can’t make major changes. I begged Toni to read the book because I honestly couldn’t see anything good—I had spent so much time writing this book, more hours than any other book I’ve written, I was sick of it.

After reading, Toni assured me it didn’t suck.

As Pressfield says in THE WAR OF ART:

“The amateur believes he must first overcome his fear; then he can do his work. The professional knows that fear can never be overcome. He knows there is no such thing as a fearless warrior or a dread-free artist.” 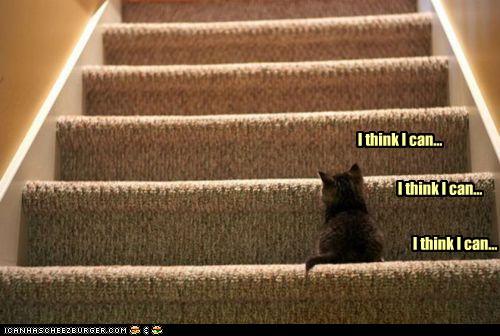 If being a dread-filled artist is a good thing, then I’m probably the best damn artist out there.

“The Demons of Doubt will always sit on your shoulders. Sorry. It’s a law of writing physics. You cannot banish them, but you can defang them.”

Which goes perfectly with Chuck Wendig’s advice on how to defang the Doubt Demons:

“You mustn’t be seduced by the callous whispers of the doubting monster at your back. To survive as a writer you must wheel on the beast, your sharpened pen at hand. Then you must spear him to the earth.”

I don’t know if understanding why the Doubt Demons invaded my muse is going to fix the problem, but I’m starting my next book. The doubt is still there, but I figure nothing can be worse than writing the last book.

Several years ago, I bought the audio book of ON WRITING. I don’t particularly like audio books, but Stephen King himself narrated it, and I listened to it while driving. It was like having the master himself sit in the passenger seat and talk to me. I’m a life-long King fan since reading THE STAND when I was 13. He, too, has doubts. He, too, almost gave up.

“Writing fiction, especially a long work of fiction, can be a difficult, lonely job; it’s like crossing the Atlantic Ocean in a bathtub. There’s plenty of opportunity for self-doubt. If I write rapidly, putting down my story exactly as it comes into my mind, … I find that I can keep up with my original enthusiasm and at the same time outrun the self-doubt that’s always waiting to settle in.”

I used to write like that—getting the story out as fast as my fingers could type, with great enthusiasm and an underlying joy.

With this book, I’m going to outrun the self-doubt. If I can’t? I’ll spear the monster dead.

Okay, so when I posted a comment about my son playing football, I had to post this picture showing the courage he had going up against bigger kids. He’s in purple on the right, the other little guy on the team is on the left. If they can face real monsters (and to them, I’m sure these kids looked like monsters!) I can face doubt demons.