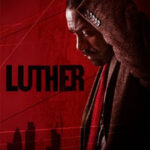 It’s no surprise to long-time MSW readers that I love television. I use TV as a reward. I get my work done, I can watch TV at night. (Late at night, usually after midnight.) I haven’t watched commercials outside of football or kids shows because I no longer watch television shows when they’re on. I don’t even DVR them (and even if I did, they’d be quickly erased because of all the shows my kids DVR.) I spoil myself because television is a reward. I buy the shows I like through iTunes. A series can cost anywhere from $5 to… Read More