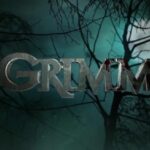 I’ve been a fan of GRIMM since the first episode. It had a rocky start, but thankfully TPTB gave it more time, and by the second half of season one, the ratings shot up and the show was renewed. Like CASTLE, GRIMM has among the best writers on television today. The actors on GRIMM are not as strong or seasoned as CASTLE, but they’ve improved. (Except for Silas Weir Mitchell, who rocked from the first episode.) They were mostly relatively unknown (unlike Nathan Fillion) with no major leading roles. The beginning was a bit rough, I think, because the ensemble… Read More