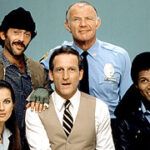 I used to be addicted to television. From the time I was little, I knew the television line-up seven days a week. As I grew up, I planned my life around my favorite TV shows. Whether it was Little House on the Prairie early Sunday night or, Hills Street Blues Wednesdays at 10 (past my bedtime, but I convinced my mother I HAD to watch it,) or CSI on Thursdays, I had to be there. In fact, I didn’t have a VCR until I was married. So when I gave up television for three years, it was a huge sacrifice…. Read More