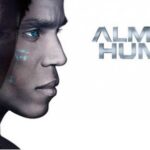 Three years ago, I discovered a new show that I absolutely loved. GRIMM. What if fairy tales weren’t fiction? What if there were people who could change into monster-like creatures? What if they weren’t all monsters but, you know, the resident clock repairman or the bridge builder? After six episodes, ratings were low and every television reporting website I frequent (there are many) said it was on the cusp of being cancelled. That it could go either way. I thought for sure it would be gone — networks do that, you know. If a show they demo doesn’t meet XYZ… Read More