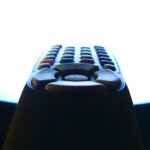 First …. we have a winner! Thank you to everyone who commented on Lisa Gardner’s giveaway Tuesday … Random.org picked CRYSTALGB as the winner of the beach bag bonanza! Crystal, I sent you a private email, so make sure you reply! Congratulations! Okay, now for some serious matters. Very serious. I’m talking about television. 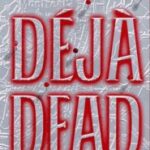 As I think many of us agree, film and television often screw up our favorite books. Often, this is because they mess with the characters. The characters we’ve grown to admire develop different traits or, worse, act out of character! The first Kathy Reichs book I read was her debut novel, DEJA DEAD, and I’ve been a fan ever since. So when the television show BONES came on, I had no desire to watch it. I was certain they were going to ruin the books. Everyone told me I should watch the show. Maybe because everyone said I should watch… Read More