This blog was originally published two years ago today at the Kill Zone, and the link popped up in my facebook feed. It’s not only as relevant as it was two years ago, but perhaps more so as the glut of self-published books has increased. Plus, as I re-read the history behind my first (unpublished) book, it reminded me not only of how far I have come since 2002 when I decided to commit myself to a writing career, but how far I’ve come in the last two years … and how far I still need to go. I’ve been doing a lot of creative soul searching lately and experiencing a lot of self-doubt. This is not uncommon among writers, but sometimes it’s important to see where we’ve been to know where we’re going.

Thanks Jodie Renner for hosting me on Kill Zone two years ago — and today, I’m just as happy to discuss this article with those who are interested. 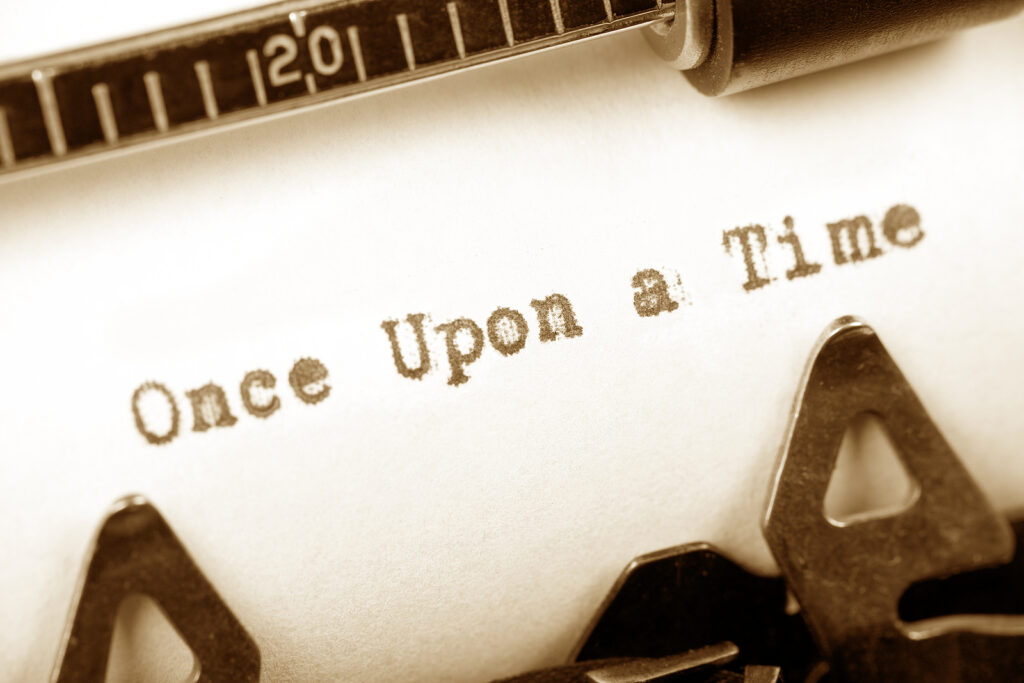 A Heroine … beautiful, smart, sweet. And a virgin. She was a computer expert who worked from home.

A Hero … tough, dedicated, handsome. And a cop.

A Chance Encounter … the heroine thought the hero was an intruder in her apartment building. An old house converted into three flats. How was she to know the landlord had rented the vacant unit?

A Villain … he worked at the coffee shop where the heroine bought her morning coffee after her daily run. He loved her. He was certain she felt the same way, but he couldn’t talk to her, so he stalked her.

A Victim (or five) … the villain, unable to share his feelings for the heroine, rapes women who look like her. Of course my hero catches the serial rape case.

The Ex-Girlfriend … the hero has a psycho ex-girlfriend who is none too happy when she sees the hero kissing the heroine. At some point, she trashes the Heroine’s apartment.

The Ex-Fiancé … yes, the heroine had been engaged. She broke it off for some reason I don’t remember (but I’m sure it was a very good reason), and then she learned that her ex was selling company secrets to a rival. So of course she turned him in.

The Heroine’s Brother. A priest. Well, a former Marine turned priest. (Why? I don’t know. It sounded good at the time.)

Danger. The Heroine’s ex-fiancé, furious that he was fired, plots to embezzle money from the company. But he needs the Very Smart Heroine to hack into the system and steal the payroll before it’s direct-deposited into employee accounts. To force her to help him, he and his gang hold her brother (the former Marine turned priest) hostage, shooting him in the leg when she refuses to help.

Of course, the hero comes in to save the day!

But lest you forget Stalker Boy, he was just as upset as Ex-Girlfriend that Heroine and Hero were kissing. Around this point, Hero realizes that the rape victims (and the Villain is escalating, because one victim died) all look like our Heroine. He gets all Alpha Hero wanting to protect her. But because Villain is a psycho, he kills Ex-Girlfriend and frames our Hero. While our Hero is in jail, our Stalker kidnaps the Heroine and takes her to the Cascade Mountains where he forces her to wear his mother’s wedding dress in a mock ceremony so that they can “legally” consummate their marriage.

Of course, the hero comes in to save the day … again.

Did I mention that Villain also killed his mother and kept her decomposing body in her house? 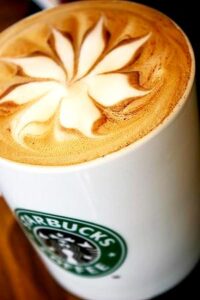 Yes, Hot Latte had it all. Literally.

(Stop laughing. Yes, I called it Hot Latte. Because that was the heroine’s preferred beverage at the coffeehouse.)

Alas, Hot Latte has never been—and never will be—published. Truly, I had at least six good books crammed into that one novel! I’ve used some of the plot twists in future books, and I still have more to spare.

My first book taught me a lot about writing. In fact, writing Hot Latte was essentially a crash course in fiction writing. What to do … and, mostly, what not to do.

I sold my fifth completed manuscript, The Prey, to Ballantine in 2004. My first four books aren’t publishable, but I truly believe my career depended on me writing them. Through the process of writing those books, I learned how to structure, pace and plot a story. (I use the word “plot” loosely because I don’t plot, per se.) I learned about character, backstory, conflict, and self-editing.

My first book isn’t salvageable. I would also argue that ten years ago, I didn’t have the skill to completely rewrite anything into something that was the same core story … but different. Better. 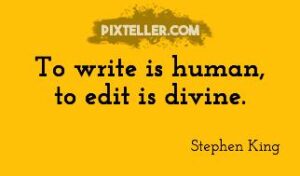 I owe more than I can say to my former editor at Ballantine for helping me learn how to see the big picture. In fact, I still hire her to edit my indie books because, even after twenty-five traditionally published novels, I crave editing. I also insist on revisions for every traditional book I write. I don’t consider it a failure to get a long revision letter—to me, that external guidance makes a good book great. While I’m a better writer today than I was ten years ago, but that doesn’t mean my books don’t benefit from a thoughtful developmental editor. (I’m not talking about copyediting and proofreading – those are a given. I’m talking about someone who looks at the big picture and helps make it clearer.)

I thank God that self-publishing was not a viable option in 2002 when I wrote Hot Latte. Because I honestly thought that it was a good book. My best friend read it and she liked it, too. (Ahem. See tongue in cheek?) It was clean – meaning there were few, if any, grammatical or spelling errors. Who wouldn’t love it? I mean it had everything in it! Literally!

But all the agents and editors who rejected it were right. When I found an old copy of the manuscript a few years ago, I cringed. It was that bad. Every cliché in romantic suspense found a home in my book.

I recognize that the publishing world is different today than ten years ago. Yet … there are some truths that remain the same. The primary truth is that you should only put your best work forward.

Just because the new climate has allowed everyone to publish doesn’t mean that everyone should publish their first … or second … or fifth book. 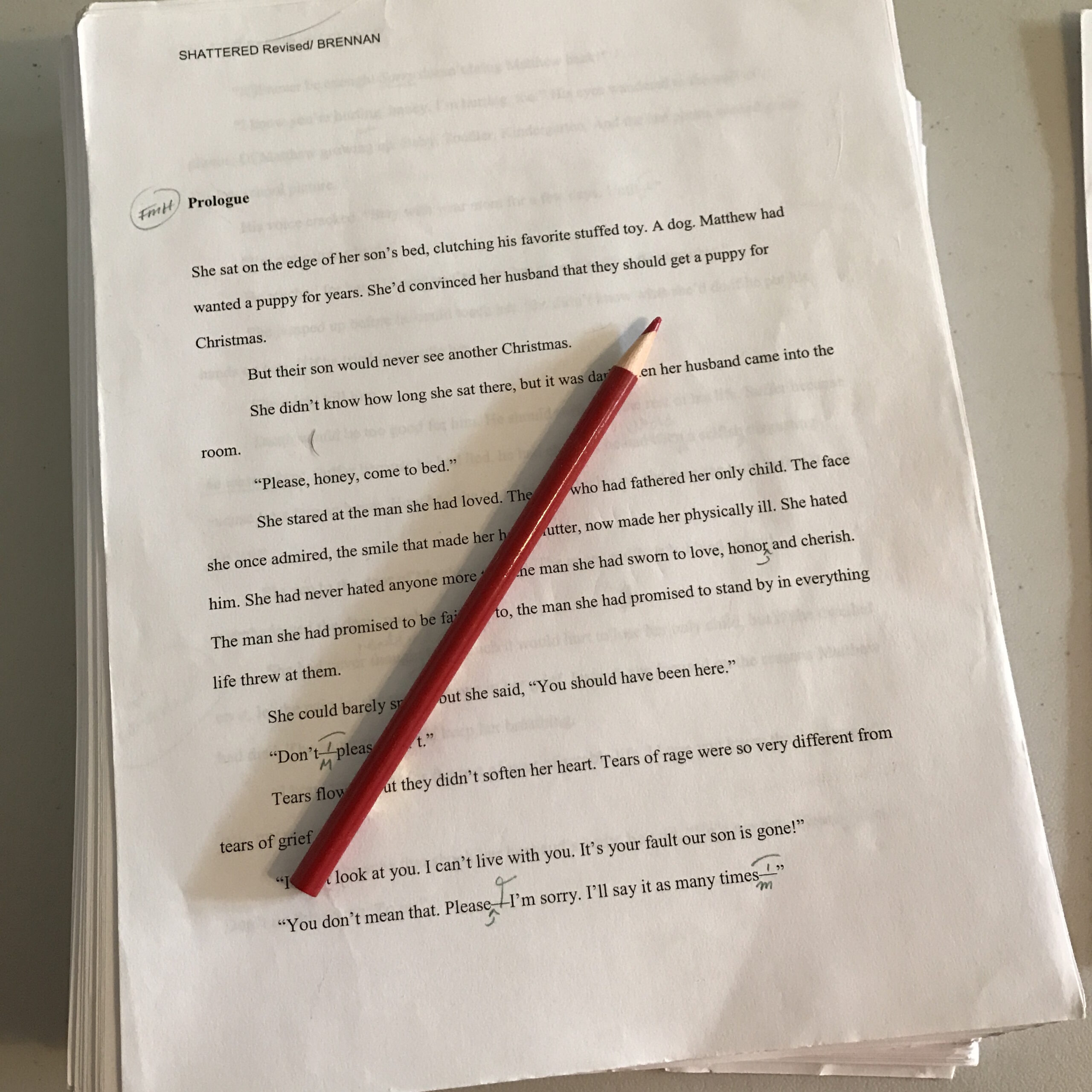 Copyediting is not developmental editing. Both are important!

I can’t tell you how many times someone has told me that they were rejected by “New York” and obviously “New York” doesn’t know what’s good, so they’re going to self-publish.

Or how many people have said they can’t afford an editor, but their daughter/mother/best friend is a good proofreader. (Proofreading is NOT editing.) One person actually told me that once they start making money selling their books on Amazon, then they can afford to hire an editor.

Or how many people feel they have written the perfect book and any editorial input would make it less perfect. That they don’t want to change anything in the story because it’s exactly the way they want it.

Or how many people tell me they don’t really care whether they make money or not, they want to “get their story out there” and since it’s free to do so, they don’t want to spend any money on editing or cover design. These people actually make me angry – because I take my career seriously, I take books seriously, and I don’t think that “just getting something out there because you can” respects authors or readers.

New York rejects books for two primary reasons: either the book is total crap or they have no idea how to market the book (meaning, it doesn’t fit into one of their pre-defined genres.) It’s much easier to sell a thriller to New York because they know how to market a thriller, they can look at the book and see exactly who the audience might be. It’s much harder (not impossible) to sell a book that doesn’t neatly fit into one of the pre-established genre shelves at Barnes and Noble.

I’m certainly not opposed to self-publishing. There are many authors who have chosen self-publishing to great personal and professional success. Sometimes it’s because they’ve tried New York and couldn’t break out, but had built a solid readership who then moved with them into the digital world where they were able to grow and thrive. Some were successful in New York, but for one reason or another felt they would be more successful in the indie world. Others don’t fit neatly into the mold, but readers simply like good stories and therefore they found a readership because they told good stories.

But with the glut of books available digitally, and so many of them really not publishable, readers are having a harder time picking the wheat from the chaff.

I am disheartened that so many aspiring writers have completely forsaken the process in the rush to be published. It’s your name on the book. You’ve spent hundreds of hours writing a book—usually while working at another job or raising a family. You wrote that book in your free time, meaning it had value to you—you sacrificed doing other things in order to write. Respect yourself! Respect your time! You deserve to invest in that book, to make it as strong as it can be.

If you want a career as an author, if you want to build a readership and grow your audience, the process is important—whether you walk down the traditional path or the indie path or, like many, a combination of both.

If I was starting today, I would have self-published Hot Latte and, in effect, lowered the bar for myself. It was a complete story, it had great characters, and it was cleanly written. Yet … it wasn’t a good book. I didn’t see the flaws because I didn’t know what to look for. It took me many books before I could see the flaws in my own work. Even now, I don’t always see the problems and am grateful to my editor because there is always something I can do better.

And that’s my goal: to make every book better than the last.