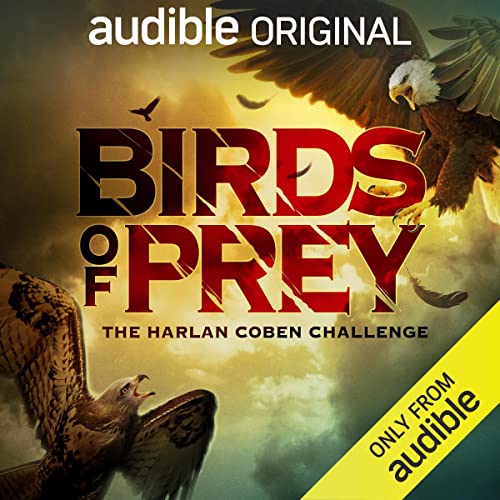 The world’s greatest thriller writers prove they’re up to a unique challenge in this action-packed, audio-original collection.

It all started with a simple, yet sneakily difficult challenge from global best-selling author Harlan Coben: Pick a bird of prey, then use it as the inspiration for a brand-new story.

The response from some of the best writers on the planet: Game on!

The result: Eleven stories that are twisty, scary, surprising and bursting with imagination. An egg worth more than its weight in gold. A mysterious operative known only as Owl. An eagle-watcher who sees more than she should. Even a story that somehow places the Maltese Falcon in a nursing home.

Birds of Prey: The Harlan Coben Challenge is a highly bingeable audiobook that’s a treat for thriller fans.

Introduced by Harlan Coben, Birds of Prey features these stories: