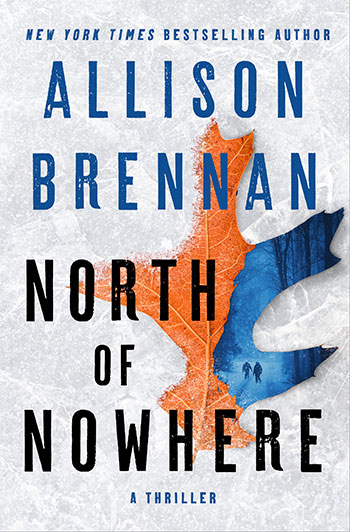 After five years in hiding from their murderous father, the day Kristin and Ryan McIntyre have been dreading has arrived: Boyd McIntyre, head of a Los Angeles crime family, has at last tracked his kids to a small Montana town and is minutes away from kidnapping them. They barely escape in a small plane, but gunfire hits the fuel line. The pilot, a man who has been raising them as his own, manages to crash land in the middle of the Montana wilderness. The siblings hike deep into the woods, searching desperately for safety—unaware of the severity of the approaching storm.

Boyd’s sister Ruby left Los Angeles for the Army years ago, cutting off contact in order to help keep her niece and nephew safe and free from the horrors of the McIntyre clan. So when she gets an emergency call that the plane has gone down with the kids inside, she drops everything to try save them.

As the storm builds, Ruby isn’t the only person looking for them. Boyd has hired an expert tracker to find and bring them home. And rancher Nick Lorenzo, who knows these mountains better than anyone and doesn’t understand why the kids are running, is on their trail too.

But there is a greater threat to Kristen and Ryan out there. More volatile than the incoming blizzard, more dangerous than the family they ran from or the natural predators they could encounter. Who finds them first could determine if they live or die. . .

Other Books in Stand Alone Series