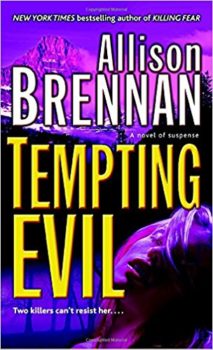 Joanna Sutton can cope with the fierce winter storm bearing down on the small rural community of Centennial Valley, Montana; the popular romance writer has survived much worse in life. Haunted by the loss of her husband and child, Jo has found refuge at her family’s secluded lodge, but her haven soon becomes a hell. During the ferocious blizzard, a local Boy Scout troop is stranded in the wilderness, compelling Jo to spearhead a desperate rescue mission, aided by a newly arrived stranger with an unknown agenda.

Meanwhile, Sheriff Tyler McBride hears that three escaped convicts are fast approaching Big Sky Country. Hoping to warn Jo, he faxes over the men’s mug shots. But they never reach their intended recipient. Then Tyler makes a shocking discovery: Two people are dead, and a killer is among the group, along with the woman Tyler loves, searching for his lost son.

More than one innocent life is at stake. For the sake of those Jo cares about most, and for her own survival, she’ll need all the cunning, courage, and passion she can muster to survive the mounting terror.

“An excellent thriller that would surely make an easy transition to the small or big screen. Overall, TEMPTING EVIL is an exciting read from start to finish and I devoured it in an extremely short space of time.”

“TEMPTING EVIL is a solid, exciting, terrifying thriller. Ms. Brennan is at the top of her game…again.”

“When you pick up a Brennan novel, you know you’re in for a wild ride that will scare you silly.”