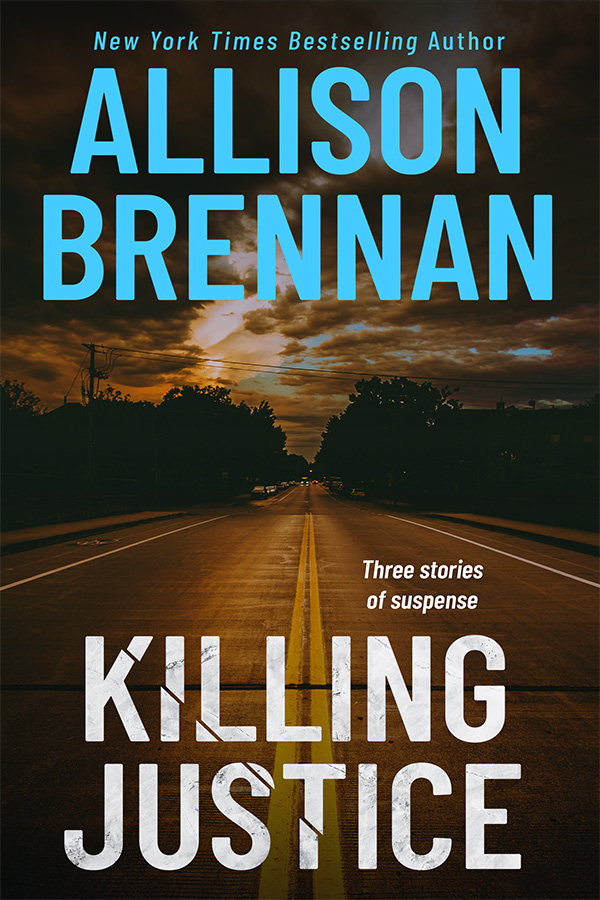 A Capitol Obsession
When a lobbyist is found dead in the armoire of a Senate leader, Detective John Black teams with his off-again girlfriend, State Senator Lara James to find the killer.

Killing Justice
A grieving mother takes justice into her own hands.

Above Reproach
Sex crimes detective Selena Black risks her career and her life to prove that high-profile attorney Greg Keller is the River City Rapist.

“The victim is Ashley Young,” the responding officer, Sampson, told me as I approached. It was officially Tuesday morning: 12:02 a.m.

I recognized Sampson from the station, but hadn’t worked a case with him. “We found her purse over there.” He gestured toward the Dumpster near where the alley and walkway intersected. He handed me her California driver’s license. Ashley was twenty-four, five feet five inches tall, one hundred ten pounds, blond hair and blue eyes.

I stuffed my hands back into the pockets of my wool coat. The fog had thickened after the sunset, penetrating my bones. The fog layer was supposed to keep the rain away, but the ground had been wet after a week of this unending dreariness. Usually, I liked the gray; tonight it was simply depressing.

“Why are we still in the alley?”

“Ms. Young started to panic when I suggested we go to the car. My partner fetched the blanket for her.” His tone was a bit defensive. My reputation preceded me once again.

“Good,” I said, hoping to smooth the relationship. I was known as the stereotypical bitch cop. The reputation wasn’t wholly warranted; it stemmed from a couple cases early in my career. But like the game of telephone, truth became distorted in the repeated telling.

I said, “Check on the ambulance, would you please? The paramedics should be here by now.”

Sampson stepped aside and got on his radio.

Ashley watched me as I approached. I showed her my badge. “I’m Detective Selena Black with Sac P.D. It’s my job to find the guy who did this.”

She just stared, and I feared she was going into shock. Her arms were wrapped around her stomach, the blanket tucked firmly under her chin, and when I stepped closer, she pulled away, rubbing against the filthy brick wall that reeked of urine and garbage, pulling herself into a tighter ball.

I needed to give her a moment to feel comfortable with my presence, and then I’d start asking questions.

The poorly lit corridor where she’d been attacked was long and narrow—made for walking, not driving—connecting the alley with the street. The businesses here were all closed; only the bars were open past ten. The fog turned what little light we had into halos surrounding the lamps. The damp air would get thicker, making evidence collection next to impossible if we waited much longer.

The sign for The Sweet Tooth with its colorful lollipop logo against the gray employee entrance didn’t fit the scene beneath it: a young woman huddled under a scratchy wool blanket in the corner, shaking and trying to convince herself that none of this had happened. My older brother, John, and I used to harvest change from under the cushions of our couch—planted there, we knew, by Dad’s cop friends—and spent it at this same candy shop.

Old Sacramento is best known as home of the Jazz Festival (called the Crime Festival for those of us who work overtime Memorial Day weekends.) Old Sac boasted a real paddleboat that doesn’t run, and a steam train that does. When I was little, on Sundays after church, John and I explored every store, alley, and nook in the square half-mile that made up Old Sac while my dad hung out at the sports bar. Dad wasn’t a drinker, but he liked the crowd, which ran toward cops and cop groupies. He and his buddies from the beat would share war stories or just watch the game, mostly rooting for the Raiders or the ‘Niners, or for the Giants in spring. Sometimes, he’d find a girlfriend, but that never lasted. Once I asked him why he never remarried after Mom died. He’d simply said, “I still love her.”

I grew up on F Street, two blocks from where Dorothea Puente killed nearly a dozen people for their social security and disability checks—jogging distance from the crime scene where I now stood. The sports bar my dad had frequented closed more than a decade ago, but the back entrance was in this corridor, now leading employees into The Moon and Stars, a New Age gift shop.

“Ashley.” I kept my voice firm, but quiet. She needed to believe that I was tough enough to protect her, but not threatening or chastising. Too many rape victims started their story with variations on it’s all my fault, even when they were brutally attacked. “I’m not going to leave you. The ambulance is on its way; you’re safe now.”

Greg Keller was a crafty bastard who had two traits that had kept him out of prison: street smarts and connections. Being the son of a wealthy Sacramento family wasn’t the biggest problem in my case. Keller was also a high-ranking lawyer with the Attorney General’s Office—that was the major sticking point. Circumstantial evidence, of which I had plenty, wasn’t enough to give me the arrest warrant I desperately needed.

I had proof that Keller attended the same political and charity fundraisers that his victims attended the nights they were attacked. The events were at a variety of different venues, but all were either downtown or the adjoining Old Sac. The victims were all blond, under thirty, and had been at a bar immediately after the event. And, each victim had “lost” something of value at the bar—a cell phone, planner, file, silk scarf. My theory was that Keller found a way to palm the item and leave it on the bar when the bartender was busy or distracted. There was no guarantee the victim would return the same night, or that they would return alone, but the odds were in Keller’s favor that the majority of his targets would come back, and some of them would be alone. It had to be a game to him, the anticipation and waiting to see which of his prey would walk into his trap.

My one positive ID of Keller had been tossed by the judge as prejudicial, and I couldn’t get a warrant without something rock solid. I’d already been warned by the powers that be that every “t” must be crossed and every “i” dotted before I locked Keller behind bars.

I hoped this latest victim could turn the key.

Ashley had a cut across her face, as did the other victims, a sick memento from her attacker. An excellent plastic surgeon could fix it and leave the cheek with little to no scarring, but it would take months—or longer—to heal. As if the pain he’d left her with wasn’t enough, she now had to look in the mirror every day and see his mark. Remember and live in fear, because that’s what her rapist wanted — her fear.

Some serial rapists take mementoes—like the victim’s underwear or a lock of their hair—but I suspected Keller marked his victims so when he saw them in public, he could remember what he’d done to them. I wanted to cut the dick off the bastard.

I’d faced rape victims before—on the streets, in the hospital, in the mirror. If I told her she was a fucking mess, she’d put up an impenetrable shield and deny it until Hell froze, giving me shit to work with to nail the devil who’d done this to her and four other women.

What she needed was a long, hot shower followed by a long, hot soak in the bathtub with three bars of Irish Spring and a bottle of tequila—to clean and to forget.

But it was my job to make sure she didn’t get that peace for the next few hours. It was my job to get her to the hospital. To make sure the rape kit went into evidence and nag the lab to process it. To take her statement and make her remember every awful minute of her trauma. She had to suffer so I could stop this prick. I didn’t like it, but it had to be done.

Though Ashley was the fifth known victim of the River City Rapist, I suspected there were more who hadn’t come forward, who’d opted for the soap and tequila to kill the pain along with the evidence. But he was escalating, becoming more violent. A simple rape was no longer enough to get his rocks off, he now had to cut and demean his victims.

“I know you were raped,” I said, breaking a million protocols. She hadn’t told anyone she was raped. I could see she was on the verge of denying it, and if she didn’t let me in, I wouldn’t have anything to work with.

I squatted next to her. “Are you hurt?” Stupid question. Of course she was hurt, but I needed to know if she had any life threatening injuries.

“He raped me,” she whispered.

“I know.” I looked her over, but the way she was sitting, all bunched in a ball, I couldn’t see any part of her body except her face. “Are you hurt anywhere other than your face?”

She didn’t move to touch her cheek. “He said he wanted me to remember him,” she said in a monotone.

My cell phone vibrated and I glanced at the caller ID, thinking it might be Sampson or his people who were canvassing the area.

I pocketed my phone, not needing the distraction (though very much wanting that particular distraction) and focused on Ashley.

The officer said over the radio, “The ‘bus is here.”

I told her, “The ambulance is here. I’ll go with you to the hospital.”

Ashley shook her head. “I don’t want to go to the hospital. I just want to go home. Puh-please.”

I squatted next to her, close, but not touching. I wanted to give her a minute to know she was safe now. Quietly, I said, “Quick stop at the hospital, then I’ll take you home. Okay?”

I needed something from Ashley—anything to shake at a judge to get a warrant for Greg Keller.

Allison Brennan is giving away any* book, signed, from her backlist to two lucky winners. (*If your preferred title is not available, you'll be notified and asked for a second choice.)