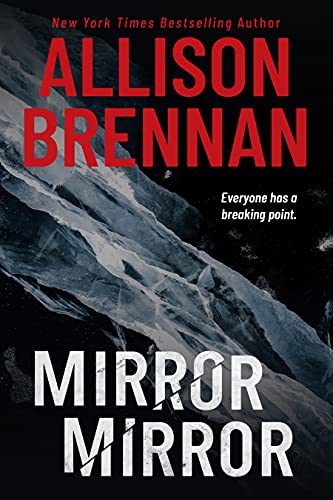 Everyone has a breaking point …

Jackie Regan broke the cycle of violence as a young teen when she turned her abusive father over to the police. Now, a detective in the Sacramento County Sheriff’s Department, Jackie has dedicated her life to helping those who can’t help themselves.

The Becker family is just one in a long-line of cases Jackie is working. She fears that history will repeat itself, and sees herself in their young daughter who is witness to her parents constant fighting. But more important to Jackie is her own sister, Melissa. Jackie fears that Melissa’s “perfect” husband is hiding a dark side. Melissa denies she’s being abused, and resents Jackie for causing friction in her family, but Jackie sees the signs and will not stop until she finds the truth.

But Jackie doesn’t see what’s coming next, and she fears her own dark impulses. Everyone has a breaking point …. has she reached hers?

Mirror Mirror was originally published in a charity anthology. This revised version also includes an expanded ending and author letter.