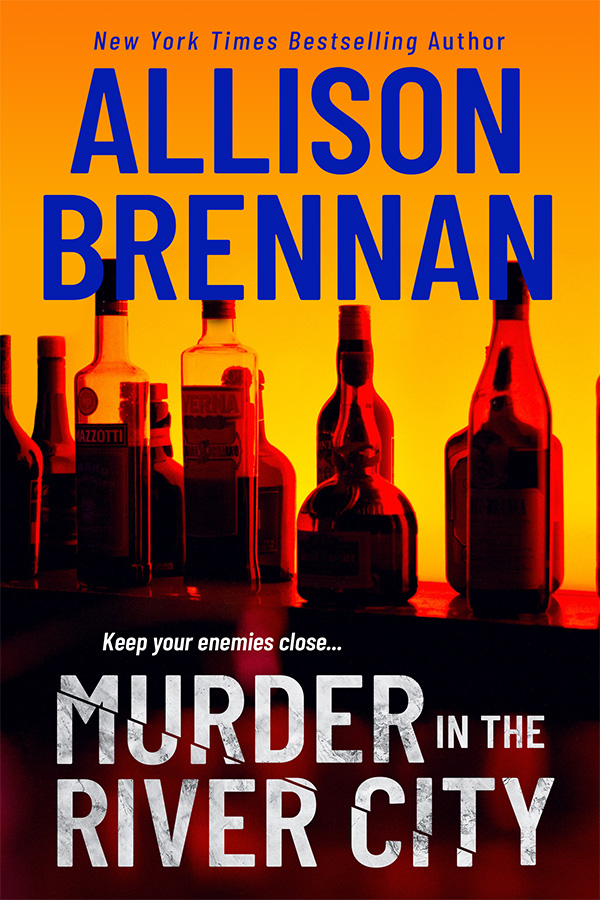 Murder in the River City

When the long-time bartender at Dooley’s Pub is murdered, the police believe a violent gang of thieves is responsible. But Shauna Murphy, Dooley’s fiery granddaughter, thinks Mack’s killer is someone she knows. In addition to stealing money, the thieves stole her grandfather’s collection of autographed baseballs, leaving behind the only forgery. The lead detective doesn’t take her seriously, and Shauna reluctantly turns to long-time family friend, Detective Sam Garcia—the man who once broke her heart. But Sam has another murder to solve: the death of a young woman who was strangled and dumped in the river.

… and your enemies closer

As Sam digs deeper into his own investigation, he suspects that his case is linked to Mack’s murder. After an attack on Shauna leaves her shaken and angry, Sam vows to protect her. But he can’t defend her against an unknown threat. As time runs out with no one to trust, Sam and Shauna must work together to catch a ruthless killer before they both end up dead and buried.

Praise for Murder in the River City

“A fan of Allison’s for many years, you always know what you are getting…a great story with love `em or hate `em characters and perfectly placed plot twists in every book.”

“Fast becoming a master at delivering complex, layered plots and characters that erupt from the page, Brennan has created a roller-coaster ride of chills!”

“Brennan has a terrific talent for scaring the pants off readers while at the same time making them want more, more, MORE!”

“Brennan does murder better than almost everyone writing in the suspense genre.”