Hello From the Writing Trenches

It’s been a busy couple of months!

In addition to the release of TOO FAR GONE, the 14th (!!!) Lucy Kincaid thriller, I finished NOTHING TO HIDE, revised, and just received the copy edits today. I know what I’ll be doing over Thanksgiving break! NOTHING TO HIDE is the 15th Lucy book. It was one of those stories that I loved the concept, but was much harder to execute than I first thought. In the end, though, I was very happy with the way it turned out.

Though I almost lost the copyedits — the package was nearly destroyed in transport. I’m all for eco-friendly packaging–if it WORKS! 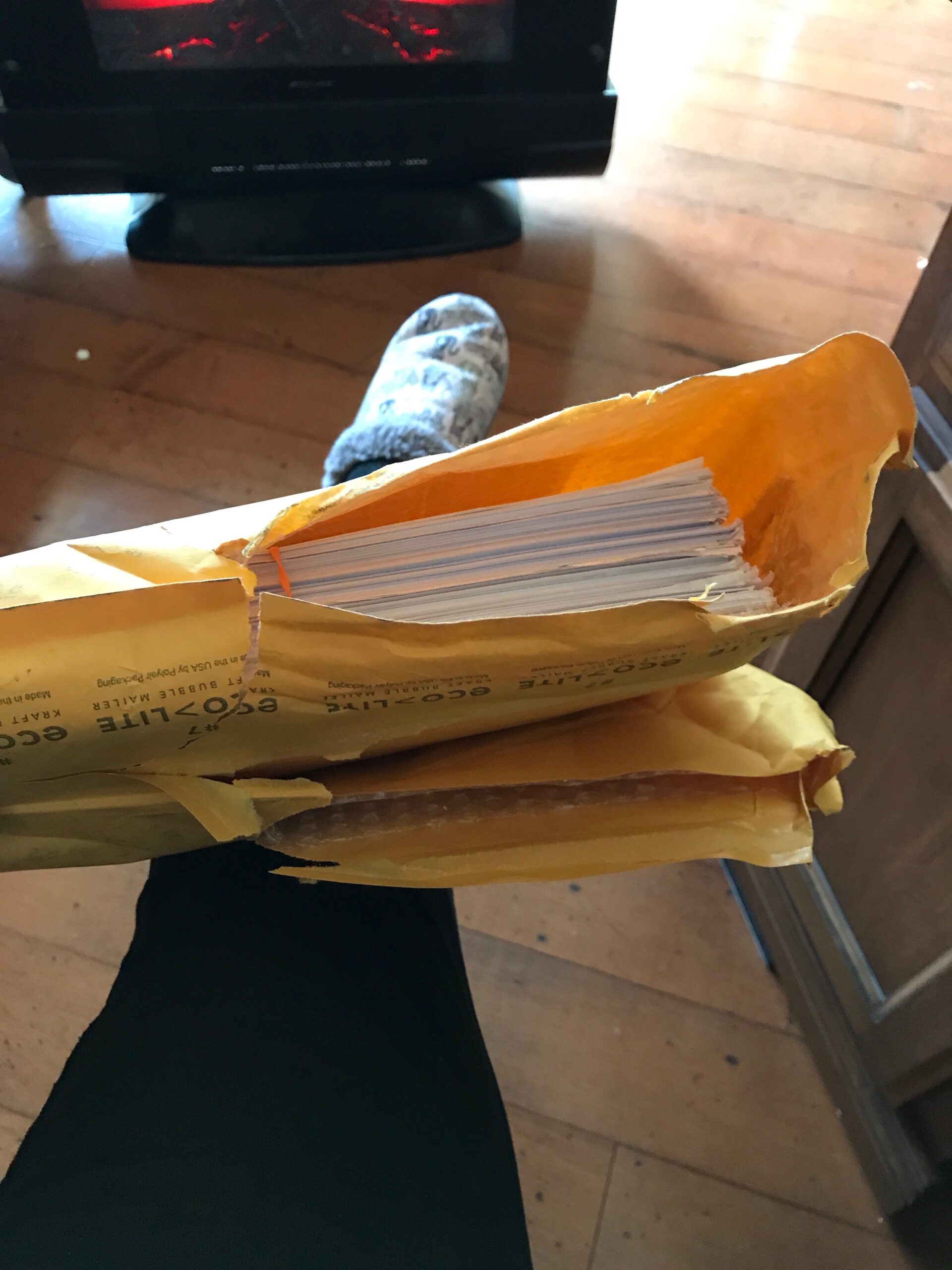 I also wrote a Lucy novella. It’s tentatively called STORM WARNING and while I don’t know exactly when it’ll be released, it’ll be out sometime before NOTHING TO HIDE — likely mid-to-late March. It’s ebook only (for now) but I promise a nice, juicy story that can stand alone. Lucy and Nate are sent to pick up one of the San Antonio FBIs ten most wanted who was arrested in a small rural community three hours northwest of San Antonio. The small jail floods during an early September storm and they can’t wait for the Marshal’s to get their guy back to town. And the journey back is harrowing and filled with danger — and that’s only the first half of the story!

I have some readers who don’t read ebooks at all. St. Martin’s, my publisher, has been really good about printing the novellas in the back of future Lucy books — so hopefully the book I’m about to start now will have STORM WARNING as bonus material. The only downside is that this particular novella ended up really long — 37K words. To compare, most of my novellas (“Love is Murder”, “Reckless”, “Maximum Exposure”) are between 25-30K.

But one thing I promise is that nothing that happens in the novella has a major impact on the story arc. TWO TO DIE FOR included the Lucy novella “Spiral” (also meaty at about 35K words) which is the mystery Lucy and Sean solve on their honeymoon. It was a complete mystery with no recurring characters … but in the end, they got a dog (Bandit) who has been in all subsequent Lucy books. It couldn’t be avoided — Bandit needed a home! 🙂

While waiting for the copyedits, I went back to some old habits …

A little history here. Before I got serious about writing, I used to write all the time … but I never finished anything. When I committed to myself that I would finally finish a book, I had started over 100 stories — some with hundreds of pages — and none of which I ever finished. Most are lost to old computers or notebooks. Most weren’t worth finishing as I was still working through story structure and the craft of writing. But it was a very bad habit to start and not finish, and at the time I thought the hardest part of getting published was getting to THE END.

After I turned in STORM WARNING, I looked at all the things I needed to do, and I had no tight deadline. I’m waiting for revisions on THREE, the first book in a new series I’m VERY excited about — but they won’t come until after Thanksgiving. I was waiting for the copyedits for NOTHING TO HIDE, knowing they’d be here on Monday and I need to turn them around quick. I have a stand alone I’m working on and got my agent’s comments on the synopsis, which is liked, and I wrote three openings but none of them grabbed me — so I put it aside. One day I sent writing a couple paragraphs for potential future Lucy books — I have to come up with an idea for Lucy #16, but it’s not urgent. Four hours later, I ended up with 5 novella ideas and 4 book ideas. I have to sit on them to see which one excites me the most. I revisited the three ideas I had for book two in my new series, though I still don’t know which one is my favorite yet, so I put that list aside. Then I re-read my Bella Caruso series concept. I’d written a brief synopsis and 50 pages awhile back, but the pages were ho-hum and didn’t really jump into the story … and then a new opening hit me, and so I had to write it. Now I have a dead body on page 25 and already the story is far more exciting. But alas, the book has to be put aside because it’s not contracted … and my copyedits are.

I’m not complaining. Sometimes, absence makes the heart grow fonder — and that includes time spent away from a favorite project. When I’m done with my work, going back to the shiny new story will be that much more exciting.

I’m blessed that I’m able to make a living doing what I love. It’s hard work — I think sometimes people who aren’t writers don’t recognize that even though writers can make their own hours and seem to have fun creating stories, writing itself can be very demanding. Deadlines for one — we can’t just wait until the muse hits us to get to work. We have to put in the time, each and every day. We struggle with juggling personal and professional commitments, raising a family, caring for parents, keeping a house. Well, I don’t struggle with keeping a house because I don’t clean, but all the other stuff? We can juggle with the best of them. And I wouldn’t have it any other way.

NOW FOR SOMETHING COMPLETELY DIFFERENT: 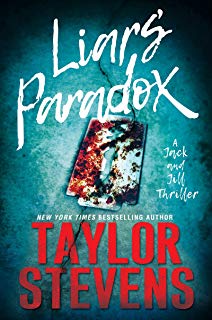 I’m also in the middle of writing up an article off an interview I did with Taylor Stevens, author of the Vanessa Munroe series (one of my favorite series) who has a brand new series coming out next month! I was lucky enough to read LIARS’ PARADOX as an ARC and absolutely loved it. GREAT characters, a thrill-a-minute. Truly breathless and in the very best way. I was thrilled to give her a quote, and excited to be able to interview her for THE BIG THRILL (It’ll be in the January issue) … but you should pre-order this book. It’s out on December 18 (in only one month!) and you can find out more including buy links on her website.

Anyway, I’m also writing up a review from Criminal Element, so more soon!