Hello From the Writing Trenches 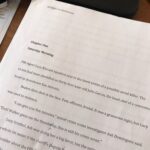 It’s been a busy couple of months! In addition to the release of TOO FAR GONE, the 14th (!!!) Lucy Kincaid thriller, I finished NOTHING TO HIDE, revised, and just received the copy edits today. I know what I’ll be doing over Thanksgiving break! NOTHING TO HIDE is the 15th Lucy book. It was one of those stories that I loved the concept, but was much harder to execute than I first thought. In the end, though, I was very happy with the way it turned out. Though I almost lost the copyedits — the package was nearly destroyed in… Read More

Who Are You? Personality Tests 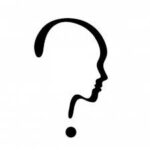 Remember when you were a teenager … or maybe more recent! … when you loved filling out personality tests to find out what kind of person you are? Ha … yeah, we already know, right? But now with the Internet it’s so much easier. Seriously, I never took much stock in personality tests. Sure, based on your answers they can tell you if you’re an introvert or extrovert (I don’t think most of us need a test for that); they might give you some insight into why you like a messy desk or a clean desk, or what sort of… Read More 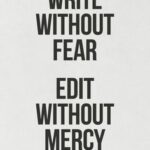 Yes, I’m being tongue-in-cheek with my title because I’m writing today about adjectives and adverbs. On Twitter, the fabulous Manda Collins — a historical romance writer who I know and love — posted something that at first made me laugh, then made me cringe. Under the caption “This is terrible advice” she posted a screenshot of, well, some terrible advice. I’ve removed the advice-givers name — partly because I don’t think anyone should be personally attacked for their opinion (and I don’t want her to get hate mail!) but also partly because she removed the post. However, because I have… Read More

Criminal Element is celebrating “Allison Brennan August” — LOL. I cracked up when I saw the plan, but I’m really excited because my Maxine Revere/Lucy Kincaid crossover SHATTERED will be out on August 22 and leading up to it, Criminal Elements is reviewing all 12 of the Lucy Kincaid books, the 3 Max Revere books, and all their respective novellas. And today I have a guest blog! The end of last week and all weekend I was writing blogs and articles for different websites and my publisher. All things that need to be done … but isn’t actually writing. I… Read More 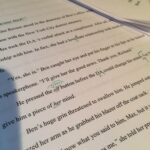 This blog was originally published two years ago today at the Kill Zone, and the link popped up in my facebook feed. It’s not only as relevant as it was two years ago, but perhaps more so as the glut of self-published books has increased. Plus, as I re-read the history behind my first (unpublished) book, it reminded me not only of how far I have come since 2002 when I decided to commit myself to a writing career, but how far I’ve come in the last two years … and how far I still need to go. I’ve been… Read More 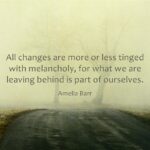 This blog is for my writer friends. I went back and forth for two weeks about whether to publish this blog. I could leave quietly, and that would be that … but change doesn’t happen in a vacuum. I don’t know if my exit survey will be taken seriously or even understood. Maybe I didn’t explain myself well enough. So I’m posting this blog. I care about RWA and the organization and people who have championed romance for so many years. I just don’t have the energy to try and fix what is so seriously broken. Maybe others will. My prayers go… Read More 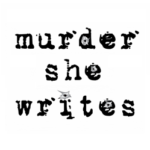 My first book THE PREY was released on December 27, 2005 and my 30th book, MAKE THEM PAY, will be released on March 7th … only 3 short weeks away. I can write anywhere, by necessity, but I’ve never been on a writer’s retreat before … (You can click through to MAKE THEM PAY for all the pre-order links and whatnot!) Before I sold my first book, I worked full time in the California State Legislature. And, I had kids. At first three … then four … and then five. Before I sold, I wrote at night after the kids… Read More

I leave Thursday morning for the Writer’s Police Academy. I’m more than a little excited … I’ve been wanting to attend for the last few years, really since it began, but couldn’t make it fit into my schedule. This time they asked me to speak and I blocked off the week so I wouldn’t schedule anything. I’ll be missing my Anniversary, but it won’t be the first time … I’ll make it up to Dan when I get home. Two years ago I missed it because I was speaking to the New Zealand Romance Writers … and yeah, no way… Read More

Today I’m blogging at Writerspace. I’m a bit contemplative this week. My 19 year old daughter is in Scotland for a month. She’s at the Edinburgh Fringe Festival through a program for Theater or English majors to see a series of plays (I think 18 plays in 2 weeks!) and then she’ll be spending a week in London on her own. Sort of on her own—she’s visiting her best friend, who is studying abroad for a semester. Kelly wanted to do this summer program to see if she, too, wanted to study abroad for an entire semester. But this is… Read More 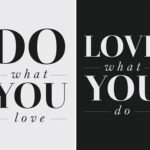 Ten years ago today was my last day working for the California State Legislature. Make no mistake, I used to love my job in the Legislature. I went in as a 22 year old idealist thinking I could affect change. Thirteen years later, I was cynical and bitchy. There are a lot of reasons for that, which I can’t get into without getting political. But even though I worked full-time in the Capitol, I still wrote. Because I loved writing. I’d been doing it my entire life, it seemed, but without a purpose or goal. It took me years before… Read More