If you didn’t know, TOO FAR GONE is out and has been since last week. I’ve just been really bad about blogging for the last year (or three!) so forgot to announce (though I did send out a newsletter!) 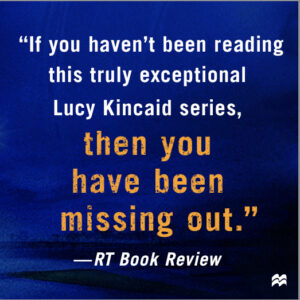 TOO FAR GONE hit the USA Today bestsellers list today at #35! (yeah!) I’m still mourning the loss of the NYT Mass Market list, because it would have most likely hit there as well .. only 9 mass markets were in the top 50 of the USAT bestsellers list. Sigh.

TOO FAR GONE is the FOURTEENTH Lucy Kincaid/Sean Rogan romantic thriller, this time also featuring Jesse Spade, Sean’s son. Here’s one of my favorite scenes in the book. Sean and Jesse are picking up dinner while Lucy is working late:

They walked into the Rib House—a casual hole-in-the-wall restaurant that had the best BBQ Sean had found in the city—and ordered the largest family meal, two and a half pounds of meat and four sides. Sean was serious about wanting leftovers. They sat at a table while they waited.

“Dad, can I ask you something?”

“Anything, you know that.”

“Is something bothering you?”

“No—sort of. I want to change my name. To Jesse Rogan.”

Nothing could have surprised Sean more, or made him happier. “Okay.”

“I’m more than good.” What could he say to Jesse? He was ecstatic. Jesse was his kid—and Jesse was proud of it. Just like Sean was of Jesse. “You didn’t think I’d be upset about it, did you?”

“No, but—well, I haven’t told my mom yet. I looked on the internet about the rights of kids—kids don’t have a lot of rights.”

That was for certain. It had been a bone of contention between Sean and his brother Duke when Duke, as his guardian, made some decisions Sean didn’t agree with that impacted Sean’s life.

“Maybe if you talk to her you’ll be surprised what she says.”

“Maybe. But—well, I guess I don’t want to hurt her feelings.”

“I can respect that.”

“But I don’t want to wait until I’m eighteen—when I know I can do it without anyone’s permission.”

“So you want advice on how to talk to her?”

“I guess I wanted to make sure you were okay with it.”

“And then—maybe you could be there when I tell her.”

Sean didn’t know how well that would go over. “If you think that would be easier. When I take you back to Sacramento, I can stay for a few days, no problem. But you need to think about it a little more. You don’t want your mom to think that we’re ganging up on her, or pressuring her.” Sean didn’t actually care—Madison had hurt him deeply, and his knee-jerk reaction was to hurt her back. But fortunately, he wasn’t the brash, reactive man he used to be. He recognized that his son would look to him for guidance, emulate him in many ways. He wanted to be the best person he could be, even when he wanted to rub reality into Madison.

He frowned. “I didn’t think about that.”

“We don’t have to make the decision right now. We have time. Just think about how you want to do it. You’ll know what’s the right choice. But Jesse? You could not have made me happier.”

My publisher arranged for a blog tour in two weeks: Here is the schedule. I’ll post links the week of the events. 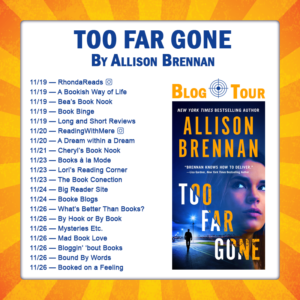 And don’t forget, I run a contest every month on my website. Sign up, get my newsletter, and be entered to win a free signed book.