(BTW, JUSTIFIED is the best show out there today–just FYI if you haven’t seen it! It’s on F/X. Wednesdays at 10 pm)

Someday, I would love to go through all my characters (villains and heroes and heroines) and decide who I think would be best at portraying them. But it would take me all night . . . and then some! So I decided to focus tonight on the main characters in the Lucy Kincaid series.

I could see Lucy as a television series more than on the big screen, because there are so many plot possibilities to “stand alone” even under the arc of the first book, LOVE ME TO DEATH. So if I was casting her series, here are some of the actors I would look at:

Lucy Kincaid
Lucy is a survivor, older than her years, Cuban-American, and very serious. She’s also smart, athletic, and prone to panic attacks that she hides from her family. She’s compassionate and resourceful. She’s lost her ability to relax and have fun, without serious prompting.

I had no one in mind, until I started watching DETROIT 187 and then Natalie Martinez seemed to fit the bill. She’s not exactly how I picture Lucy, but I think she could get into her personality very well. However, her boobs may be too big.

Other actresses that came to mind: Evangeline Lilly (LOST) (except for the light eyes) 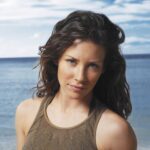 Sean Rogan
Sean is a genius, can be lazy, a “reformed” bad boy/ladies man. He is a geek in many ways (he loves his gadgets) and he is probably too attached to his car (a black Mustang GT.) He has a love-hate relationship with law enforcement, hates bullies, fights for the underdog–even if it means breaking the law. He likes to have fun–his motto, “Work smart, play hard.”

Most of the actors I like for Sean are too serious . . . he’s Irish, dark hair and blue eyes. But these come to mind:

Milo Ventimiglia. Probably not buff enough, but I just adore him 🙂

Joshua Jackson. He can do serious and laugh.

Ian Somerhalder might be too serious, but he has a terrific look and smile and an edge I love. I could see him as Sean 🙂

And D.J. Cotrona, also from DETROIT 187. A great look, but maybe too short for Sean. He might actually work better for Patrick . . . though Patrick looks more Irish than the rest of his family.

Then there are the secondary characters for the series.

FBI Agent Noah Armstrong, a by-the-book former Air Force Raven who doesn’t like Sean because he’s a Rogan . . . and Noah has had run-ins with Rogan’s.

Maybe David Anders? I’ve loved him ever since ALIAS, and thought he was one of the best characters on HEROES. 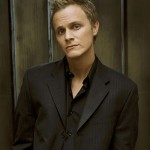 And the head vigilante (not to give away any spoilers by naming him), maybe Dylan McDermott. Not a lead role, but absolutely pivotal and a potential scene stealer.

And FBI Agent Suzanne Madeaux in KISS ME, KILL ME–early 30s, blonde, beautiful, with attitude, I think Kristen Bell would be perfect.

And remember . . . KISS ME, KILL ME, book two in the Lucy Kincaid series, went on sale Tuesday. My mom thinks it’s even better than LOVE ME TO DEATH. RT Book Reviews 4-1/2 star review said: “[A] riveting new series. … Lucy continues to be a fascinating and enticing character, and her ongoing development adds depth to an already rich brew of murder and mystery. Brennan rocks!”

So now, tell me . . . who do you think should play the Lucy? Sean? Noah? Kate? Patrick? Dillon? Anyone else? Let’s have some fun, share your thoughts (no spoilers!) and someone will win a $25 gift card to the bookstore of your choice.