I’m back from New York City where I was at first the Romance Writers of America conference then the International Thriller Writers “Thrillerfest.” There are many great wrap-ups of the conferences around cyberspace, and it’s kind of old news, so I won’t rehash it here. Besides, I have little to add.

But one thing that happened–and is still happening–I want to talk about, because I think it affects all authors … and readers. Self-promotion. 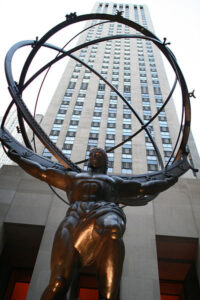 In some ways, I understand how an author feels pressure from within to do as much as physically and mentally possible to promote the book they labored over for four, six, twelve months — or longer. That we want to make sure we’ve done EVERYTHING to give it the best shot of success. That if the book doesn’t do well, we’re more apt to look at OUR failings than anyone else’s failings. And especially in 2011, with the uncertainties of the digital market v. print market, the demise of Borders, the rocky road of traditional publishing, and the cult-like pressure by some that self-publishing is the best/only route, our success or failure seems to be put more and more solely on our backs.

And while I understand while authors might discuss self-promotion, one thing I heard here and there a couple years ago I’m hearing from EVERYONE today: That publishers are pressuring their authors to blog and become active in social media. More than one person (more than a dozen people) told me that their publisher/editor insisted they go on Facebook or Twitter and that their resistance could damage their sales. The underlying threat (implied or stated) was that the publisher would be looking at the authors with a successful social media campaign and would be more likely to support said authors when it came to their own publishing efforts.

I want to call a Time Out.

And unless you have a blog that’s read by tens of thousands of unique visitors a day, blogging does not sell books.

There is only one thing that truly sells books–that makes a book hit lists, go into second and third and fourth printings, that gets a book talked about–and that is Word Of Mouth.

EVERYONE in publishing who I spoke with about this said the exact same thing: The only thing that sells books is word of mouth–and there is no one way to make that work. There is not only no one way, but there’s no guaranteed way. What works for one author doesn’t work for another. You could have two great romantic thrillers with strong reviews, and one hits lists and one tanks. One gets talked about, one doesn’t.

But the feelings I’ve been hearing from scared authors is that if your book tanks, it’s your fault.

Sure, you may have a hand in your book not doing well, but traditional publishing is a partnership. There’s a lot that goes into making a great package. Let’s assume we’re starting with a strong book in a marketable genre. What goes into making that book exceed expectations?

* Cover design
* Cover quote/endorsements
* Early reviews
* Competition
* Co-op (what the publisher spends for front-of-store shelf space or cyber space)
* Sales enthusiasm (the publisher’s sales force getting excited about the book and helping to generate more bookseller orders)
* Distribution (the book is available through all sales channels, both print and digital)
* Bookseller enthusiasm (because of the above, they read and/or hand-sell)
* Reader word of mouth

ALL OF THE ABOVE matters more than anything the author herself can do. Why? Because if you don’t have at least most of the above items in the bag, what YOU do isn’t going to impact sales. If you have all of the above, plus a strong publisher marketing plan, then anything you do will help impact sales. Why? Because people will have heard of your book. But EVEN if you have all of the above and even if YOU compliment the publishing program, your book still may not succeed. And sometimes no one knows why. And sometimes they do. (Yes, it’s a wonky system.)

Our Toni has a great analysis about why Twitter isn’t the an effective way to sell books. I don’t want to screw it up, so I’m hoping she’ll summarize it here in the comments. In essence, you need tens of thousands of followers to have any measurable impact on your sales. Most of us don’t. Most of us have a couple thousand. I’m nearing 3,000. The other problem is that Twitter is fluid–you post, it goes. For those who are following thousands of people, they aren’t seeing your tweets in their stream. There’s just too much information.

Where Twitter and Facebook and all the other social media comes in handy is when you are consistent, people expect to see you regularly, and so when you post that you have a new book out, your loyal fans will (hopefully) go out and buy it opening week and that will generate velocity and hopefully have the impact on your list placement.

Provided you are already expected to hit lists.

Provided that your books are well-distributed.

Provided that there’s some buzz either because you’re already an established author with a fan base, or because of strong publisher support and great packaging.

You can’t buy word of mouth. You can’t pay people to love your books. (Well, I suppose you COULD but it wouldn’t last more than one or two books … ) To get people recommending an author, the author needs to write more great books that get into the hands of readers who want to read them. The front list (new books) sell the back list (old books) and it’s in the back list that the publishers make the bulk of their profit.

I’m not suggesting that authors not be on social media, or insisting that they need to be. I don’t think every author should blog. I think authors should do what they are comfortable doing that doesn’t impact their writing time. Writing books should always come first. Everything else is a distant second.

The single most effective tool an author has is their book–so getting that book into as many reader’s hands as possible is the most effective way to generate word of mouth. But it has to be the right readers for that author, and that’s something that only the package itself–cover, title, cover copy, etc–can show. This is one reason why I have given away over 2,000 books at my expense over the last six years I’ve been published, plus printed 1500 copies of my digital-only novella to hand out as a sampler of my voice. I give to anyone–conferences, friends, repairmen, whoever. If I think they’ll like the book, I want them to be an advocate for it. (Of course, my single most effective advocate is my mom, and she can’t be duplicated or replaced!)

Authors need to partner with their publishers. Find out what THEY are doing then compliment it with promotion you’re comfortable doing–and that you can afford. Be smart about it. If you have a teeny-tiny print run, buying a $4,000 print ad isn’t going to help you increase sales because no one will be able to find your book. People need to have 4, 5, 6 impressions of something before they really consider buying it (which is why publishers love prolific authors because the NAME becomes the IMPRESSION.) They need to see the book on the shelf, see it in cyberspace, see their friends talking about it. Your efforts may be ONE impression, but if your efforts are the ONLY impression, the reader isn’t going to be fooled into thinking there is a bunch of reader enthusiasm for the book.

What I’m trying to say … don’t be scared you’re not doing enough. Chances are, you’re doing MORE than enough. And, in fact, you may be doing too much. Is self-promotion and social media interfering with your writing time, exceeding your advance, or making you miserable to the point that you hate writing? If the answer is yes, you need to step back and focus on the one thing, the only GUARANTEED thing you can control: the quality of your story.

It’s a scary time in publishing for everyone — but readers are still reading, and they want great books to read. Go write them.