I’m going on a road trip with my college-bound daughter and my mom 🙂 Fortunately, my husband is able to hold down the fort with the younger Brennan clan. I suspect they’ll be eating pizza and playing video games. 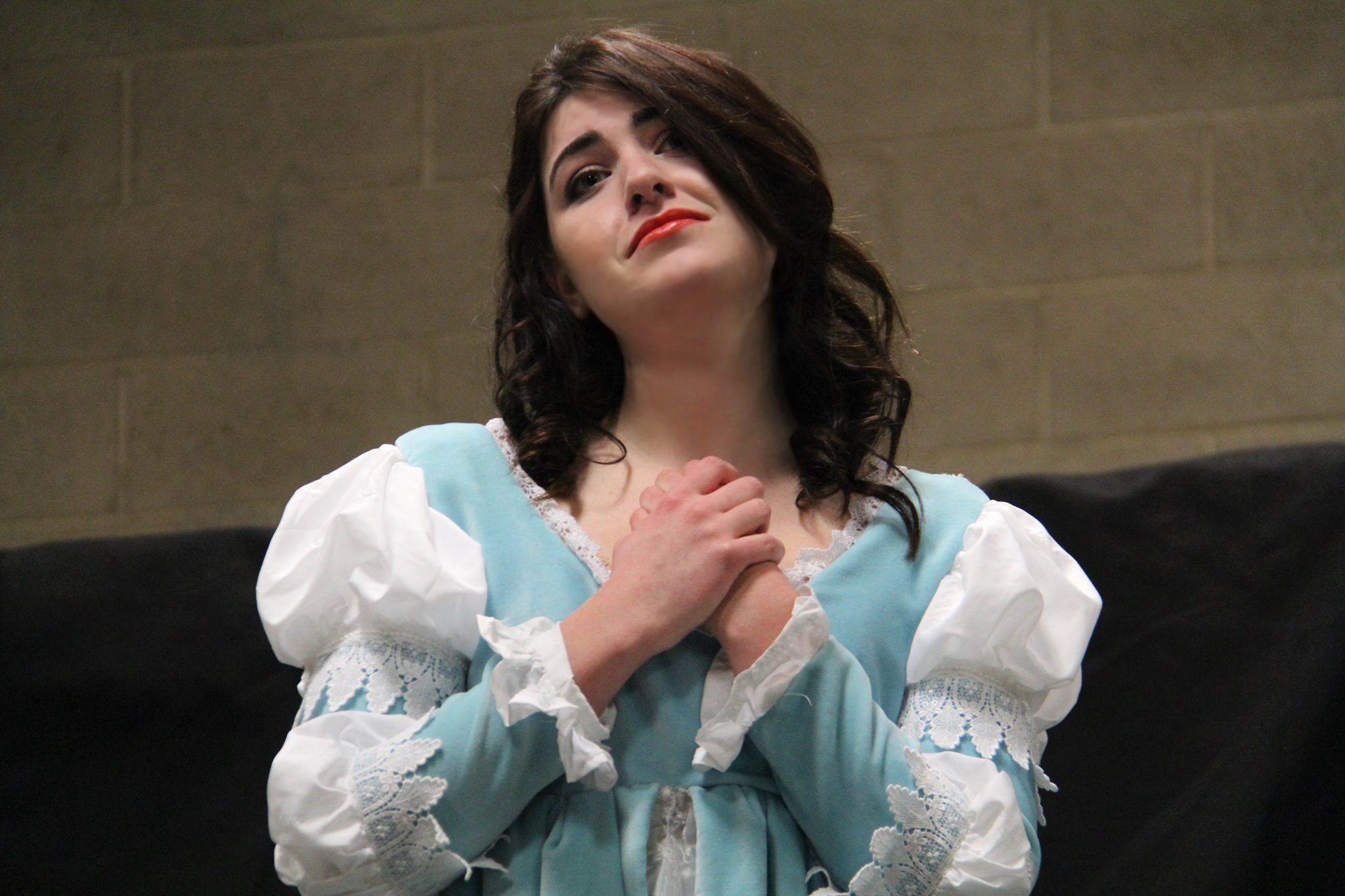 Kelly as Juliet in I HATE SHAKESPEARE

Kelly has applied to a dozen colleges, six on the west coast and six on the east coast. This weekend is Southern Oregon University’s preview weekend for seniors — and it’s one of her top choices. They have a fabulous Theater program, plus very strong art and English programs, which encompasses her interests pretty well. We’re also going to make a stop in Eugene to glance at Oregon University, though we don’t have an official tour there.

I spent two years at UC Santa Cruz and didn’t graduate. I dropped out to take a job in the Capitol and may have told myself at the time that I would go back to college someday, but I think deep down I always knew that was a lie. Ironically, I was a good student. I went to a college prep high school (Menlo School) and had good grades and college should have been a no brainer for me. My mistake? I didn’t live on campus my first year and never felt connected to college or anyone there. Had I lived in the dorms, I suspect I would have stayed. But, that’s one of those things that you just don’t know, and we can’t go back and have a redo to see if we’re right. 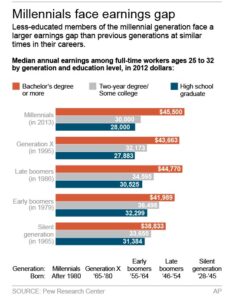 The AP had a report on the earnings gap between college graduates and college drop-outs. I’m an outlier — I earn more than the average college graduate from my generation (Generation X.) But there’s probably a lot more truth to this than not.

And I’m not sure that this really takes into account benefits. For example, my oldest daughter who’s planning on being a firefighter, will likely get her AA instead of a 4-year degree. If she ends up where she plans, she’ll make a modest but regular income, but she’ll also have full benefits and a retirement plan, something that has value that isn’t part of income. Still, the numbers are interesting at least from a comparison of differences between college grads and non-college grads.

Kelly doesn’t know what she wants to do … exactly, but I don’t see this as a bad thing. Unfortunately, so many colleges now require students to declare their major as a freshman in order to keep them on a four-year-graduation track. (Don’t get me started on UC and State schools in California where there is almost no guarantee of graduating in four years because classes are full!) But truly, I wouldn’t mind if she took five years because she started in one major and then found out it wasn’t what she wanted to do with her life. The most important thing, to me, is that she learns and grows into a whole person, and she finds a career path that fulfills her. Money is secondary. Not all kids see that — my son, for example, plans to go into sciences and engineering, not just because he’s good at it, but because he sees that as the place to earn the most money. Maybe that’s just part of his logical brain wiring, I don’t know. But Kelly is more creative and loves the arts and English and reading and theater and drawing and painting. And she has talent. To her, money is secondary to doing what she loves. My son Luke sees that doing what he loves will earn him money.

I’m amazed sometimes that these two completely opposite kids get along, but they are probably closer than any of my kids.

I won’t be around to comment much until this weekend, but I’m just curious: what was your college experience like? Where did you go? Pros and cons? And if you didn’t go to college or dropped out, did you regret it? Have you ever thought of going back? What advice would you give to your child (or have given to your child) about going to college?