The time change last weekend has screwed up not only my inner clock, but my kids. 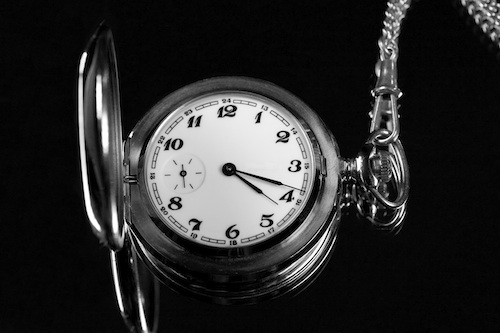 It’s never happened like this before. Usually, the time change is but an irritable bump in the weekend. But it’s already Thursday and my kids can’t get to sleep at night and they are monsters to wake up in the morning. Last week, all my kids got up on their own by seven (usually much earlier) and getting them ready for school was never a problem. Now? My husband and I have to wake them up multiple times, showers are rushed, lunches are small, and they’re barely to school on time. We’re yelling, they’re frustrated, no one is happy in the morning. All because of the stupid time change.

Worse, they aren’t going to sleep at nine anymore–they are wired and can’t sleep (except my 10 year old daughter–she crashes by 8:30.) Which means I can’t settle into my evening routine because they’re not asleep.

It’s enough to drive me crazy.

One of the things my trainer told me was that when you don’t get enough sleep, you put on weight–or have a harder time losing it. I’ve been seeing my trainer for 14 weeks and lost 10 pounds (yeah!) but yesterday, I’d gained a pound. Why? Springing forward … I’ve been writing later at night, which means I add another small meal at midnight, but I still have to get up by 7 and the four hours of sleep isn’t quite cutting it.

You’d think that with my daily 2-3 miles on my treadmill, my kids with all their activities (it’s baseball and softball and track season — yep, one kid in each!), that we’d be out cold before nine.

But there are many positives …

Aside from the pros and cons of early spring, I’ve made some major changes to my writing process. Not so much my process (i.e. how I write) but to my schedule.

I’ve always been a huge procrastinator. I write to deadline and stress during the last week or two because I don’t know how I’m going to get my book done, but I always seem to squeak by. Still, it’s not fun. One of the things I’ve done is to walk on my treadmill in the morning, before I start work. This forces me to take a shower (don’t laugh! There are days where I stay in my pajamas and then shower only in the afternoon … if I have to go out.) But if I walk for an hour, believe me, I want that shower. The shower is an external sign that it’s time to work. (Now, I’ll admit, after my walk and shower I put on clean pajamas, but at least I feel refreshed!)

I’ve also focused on accepting my screwy writing process; accepting it has freed me. I don’t outline. I don’t plot. Sometimes people convince me that I could write better and faster if I did outline, so I spend days trying to plot out my book only to pull my hair out, frustrated and ready to toss the computer out the window. I also accepted that I am far more creative if I break up my writing day — day and night. I write well for 3-4 hours, but then I need a break. When I was stressed, I’d force myself to write 6, 7, 10 hours straight, but I was writing crap and giving myself headaches and stressing because I knew that I was writing crap. I now write 3-4 hours during the day, and 3-4 hours at night. I wind down with an hour of television (I have a LOT recorded!) I’m less stressed and writing better, faster.

For the first time since I’ve been published, I actually finished three projects early. I never finish early. I write to the deadline. But last month, I turned around page proofs for Reckless early; page proofs for Stolen early; and I wrote a short story for the NINC anthology … early. Turned it in two weeks early!

What this tells me is that by de-stressing my writing schedule and working with my natural ebb and flow of creativity, I’m more productive and happier. I can enjoy the kids sporting events without thinking about what I need to be doing, go to the movies and watch television without feeling guilty, read more … and, ultimately, write more. 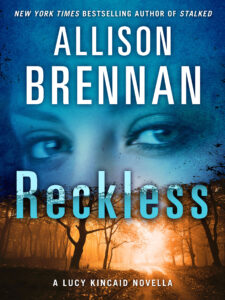 Speaking of Reckless, an e-novella, it’s on sale now!

Two suspicious hikers …
An unmarked grave …
A missing child …
FBI trainee Lucy Kincaid’s spontaneous weekend camping trip with her boyfriend, P.I. Sean Rogan, turns into a deadly nightmare when they come across two hikers looking for their lost son. But when Lucy and Sean split up to help find the missing child, each quickly realizes that the parents have a dark secret they’ll kill to keep.

NOW … I need your help. My story for the NINC anthology needs a title. I don’t like what I have and I need to turn in my final draft tomorrow. I haven’t written cover copy or anything, but here’s the basic story:

After an attempt on her life while in police custody, the key witness for the prosecution, 15-year-old street-smart Angel Santana disappears. Her estranged father, former cop-turned bounty hunter Jake Morrison, finds her and promises to protect her, but Angel doesn’t want his help. He wasn’t in her life growing up, why is he back now? But when someone shoots at them, she realizes that her contact in the prosecutor’s office is the only one who knew where she was. Now on the run with a dad she barely knows, they have to stay alive one more night until court convenes in the morning. Angel comes up with a bold but reckless plan that just might work–or it might kill them both.

Right now I’m calling it 36 Hours, but I don’t really like that. (Of course, if everyone here likes it, I’ll keep it!) I need a new, catchy title. Suggestions?