The Sweeps are Coming …

… And no, I don’t mean anything to do with cleaning. It’s television finale time!

Okay, not quite yet, but they’re getting close, and I’m getting excited. There are a couple of shows that will end before the May Sweeps, and those are the ones I’m talking about today. I really love the competition in the television world — cable TV has really pushed networks to do new and different things, resulting in some amazing productions. These shows — from FX, Fox, and AMC — are three that stand out for me. But those of you who know me, know I love my television! For those of you who are new — basically, I gave up television for three years so I could write while I worked full-time. I’m so glad I can now write full-time and watch TV again! 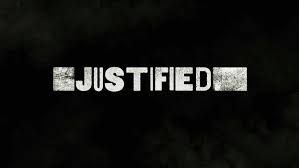 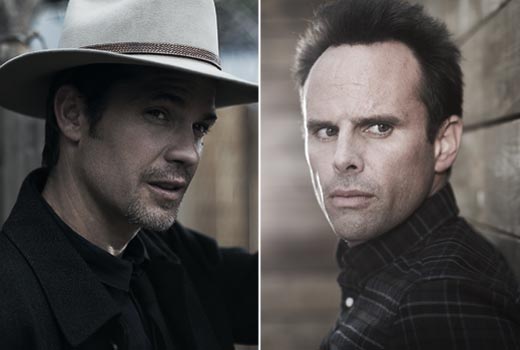 Next Tuesday, April 2, marks the season finale of one of the all-time best shows on television ever.JUSTIFIED stars Timothy Olyphant, Walton Goggins, and a whole cast of top-notch supporting actors that I always want to spend more time with (like Jacob Pitts who plays former Army sniper turned US Marshal Tim Gutterson.) If you’ve never seen JUSTIFIED … why the hell not? It has the best writing on television — sharp, clever, relying heavily on dialogue that the actors deliver smoothly. The pacing is pitch perfect and the characters are real, flawed, and memorable. One of my favorite reviews of the series comes from Aubry D’Arminio in Slant Magazine: “Finishing each episode is like closing up a really great, gritty, little crime novel.” The show and actors have won a couple of Emmy’s and other awards. It’s really no surprise that the great Elmore Leonard created the character of US Marshal Raylan Givens.

Timothy Olyphant is my favorite, of course — he has to be able to lead the show, as it’s really a show about him coming home. But now that they got rid of his ex-wife Winona (Natalie Zea, who now plays Joe Carroll’s the ex-wife Claire Matthews in THE FOLLOWING) there is nothing wrong with the show. (I had problems with Winona from the first episode, but I won’t go into them here.) Each season has an over-arching storyline, though season 4’s storyline of finding Waldo Truth is far more connected than the first three season’s over-arching plot. And it works — I’d been mildly disappointed in season 3 (it was good, but didn’t live up to the amazing season 2), but season 4 is so far my favorite. And it helps that they introduced several great new secondary characters, plus have given Jacob Pitts and Raylan’s boss Art Mullen (Nick Searcy) more screen time. Overall, if you haven’t seen this series, start with season 1 and you won’t be able to stop. With only 13 episodes in a season, you have the time! 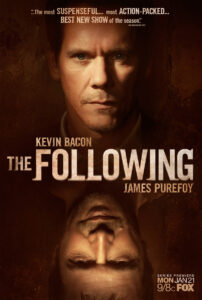 This short, 15-episode season starring Kevin Bacon and James Purefoy is dark, edgy, and brilliant. It’s also right up my literary alley — psychopaths, damaged cops, and criminal psychology. It’s one of the few series where I hit my head and think, I wish I’d written this! The season finale is April 29, and though I bought this show on iTunes, I might have to tune in and suffer through commercials because I really want to see it.

One of the best things about this show that, while it is truly about former FBI Agent Ryan Hardy and his pursuit of serial killer and serial killer guru Joe Carroll, the creators didn’t skimp on the secondary actors. Each one is well-developed with a complex and often frightening backstory. So much of what I see on this show is true to what I have read in the numerous true crime books I devour. There are smart criminals and stupid criminals; there are psychopaths and sociopaths; there are people who snap and then people who make them snap. Kevin Bacon has long ago proven he was a talent, but this show has taken his skill to another level. He may be a movie star, but this show stretched him unlike what I’ve seen in his films. I don’t know who my “favorite” follower is, probably Jacob (who I want so much to be redeemed, though I doubt it’ll happen) but maybe Amanda, who is pitch perfect in the episode Love Hurts. When I’m done watching this season, I’ll be re-watching it. It’s that good. Yes, dark and dramatic and not for the squeamish, but I don’t think it’s over the top. Honestly, the show is perfectly cast. Can’t wait until next week! 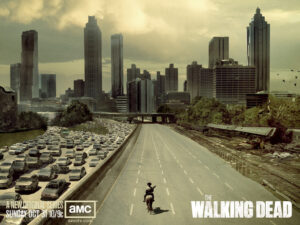 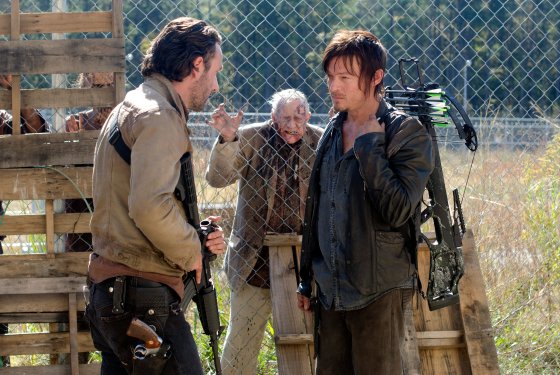 The season finale is this Sunday (on Easter!?!), but NO SPOILERS because I’m behind on this show. I watch it with my #2 daughter (Kelly) and we haven’t had time to catch up. Season 1 was amazing, we were riveted, but we were disappointed with Season 2. Extremely. So we stop watching. But then we hear Season 3 is THE BEST so we started watching season 2 again. It’s getting better … but still hasn’t wowed us. However, as soon as Season 3 is over, we plan to have a Walking Dead marathon early in the summer to watch the rest of season 2 and all over season 3.

My over-all thoughts? It’s a terrific show that’s raw and edgy and has mostly great characters and fantastic writing. My problem with season 2 was two-fold: some out-of-character issues (and I’m not talking about Shane) and slow pacing. I also had another, personal problem:  this is the only television show OR movie that has actually given me nightmares. That’s the mark of a good show … I’ve seen scarier, but this one sticks with me a long time. So I haven’t really wanted to watch it unless I’m fully prepared.

But what do they do right, even in season 2? Rick and Daryl are two of my all-time favorite television characters. They rock. They make tough decisions to survive, and there’s a lot at stake. What do I hate? The women on the show. I swear, they all annoy me.

What do these shows all have in common? Something you might not notice through the quality filming and talented actors. They all have terrific writing. It’s sharp, real, consistent, and fluid. (With the exception of season 2 of The Walking Dead.) I never considered how important writing is to television because it’s a visual medium, but after being disappointed with Season 6 of BONES and seasons 6 and 7 of SUPERNATURAL, I realized that a good writing team is fundamental to a good television series. You need it all — acting, production and a strong writing team to make a show completely work. If I changed careers, I’d want to write for television.

Both The Following and The Walking Dead have been renewed. There has been no announcement about Justified, but FX has in the past waited until the season was over before announcing any renewal. I need at least ONE more season!

In May, I’ll talk about May Sweeps and what’s going on with my other favorite shows … so stay tuned! And today … let’s dish on everything to do with television.