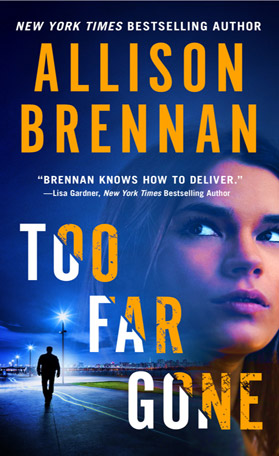 When a man who appears mentally unstable holds a group of people hostage and dies in a shootout with the FBI, Special Agent Lucy Kincaid is assigned to investigate what happened. Up until two months ago, McMahon was a respected scientist—then his wife left him, he lost his job, and was arrested for assaulting a former colleague. The one person who might have answers — his research assistant — has disappeared.

While Lucy is investigating this bizarre case, her husband Sean is on top of the world: his son Jesse is visiting for the summer. They are having a blast, until someone follows them. Sean is positive that the surveillance is connected to Jesse’s step-father—a man who had once laundered money for a violent drug cartel. But when Lucy and Jesse are run off the road, they begin to wonder if the attack is connected to Jesse … or Lucy’s current case.

Nothing is what it seems—not the McMahon investigation or the car accident. As Sean and Lucy dig deep into the lives of everyone involved, one thing becomes clear: If they don’t find the truth fast, everyone they care about is in danger.